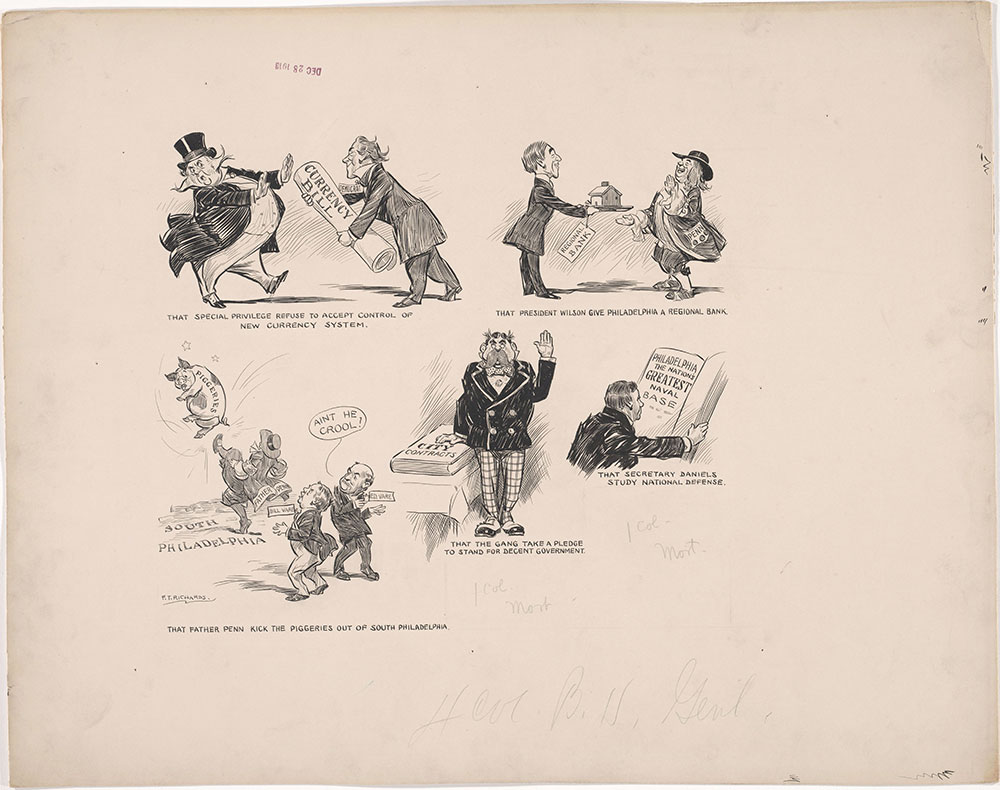 Drawn at the end of 1913, this cartoon presents a number of developments that the cartoonist hoped the new year would bring.

The bottom-left image refers to the widespread dislike of the piggeries that were located in the southern sections of Philadelphia. The Municipal Journal of 1913 described legal actions taking place to ensure their removal and argued that their presence "retarded the growth of the southern section of the city and are now obstructing gigantic plans for development of the Philadelphia shipyard."[2]

The bottom-center image references the widely acknowledged corruption that existed within Philadelphia's government, especially regarding the administering of city contracts. The cartoonist expresses here a wish that all parties would pledge to end the unethical administration of the city.[3]

Finally, the bottom-right image refers to the status of the Philadelphia Navy Yard on League Island. It was not considered a first-class naval base at the time and contained no ship-building facilities. The cartoonist hoped the newly appointed Secretary of the Navy Josephus Daniels (1862-1948) would reconsider the significance of the base and allocate additional funds for its development. [4]