Overlooking The Real Causes Of The Shortage 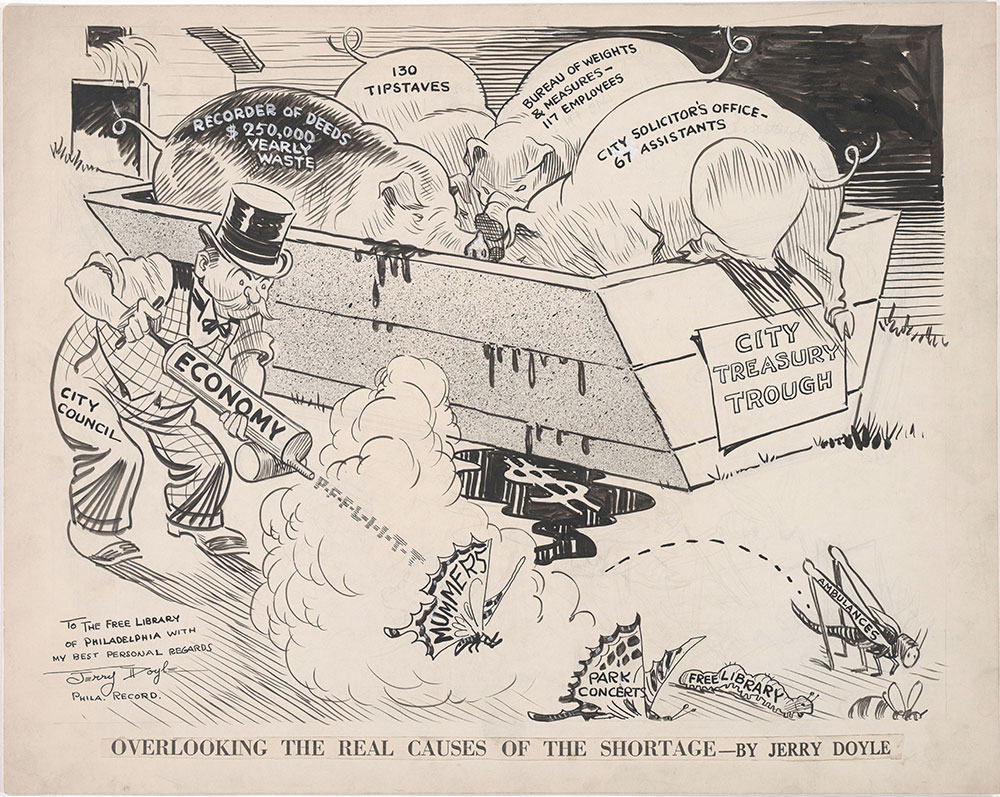 This cartoon presents the artist's view of where to place the real blame for Philadelphia's budgetary shortages. Using the economy as an excuse, City Council is shown driving away various social and public interests from the "City Treasury Trough," while pigs representing over-staffed and wasteful municipal departments gorge on the funds.

The October 12, 1920 issue of the Evening Public Ledger presented an equally colorful image of municipal waste:
"Philadelphia is the possessor of an octopus.
Not one of the "Ten-Thousand-Leagues-Under-the-Sea" brand, but a politico-judicial octopus that has grown nearly to thirty times its original size in seven years. It has tentacles, too, like its original in sea fiction. Tentacles armed and equipped, on the under side, with hundreds of "suckers" by which it attaches itself to 'any object it may choose. In the case of Philadelphia's octopus these tentacles reach into the city treasury and fasten on to $1,000,000 annually of the taxpayers' money.
The name of Philadelphia octopus is the Municipal Court."[1]

Cartoon given to Free Library by the artist and inscribed:
To the Free Library | of Philadelphia with | my best personal regards | Jerry Doyle | Phila. Record.