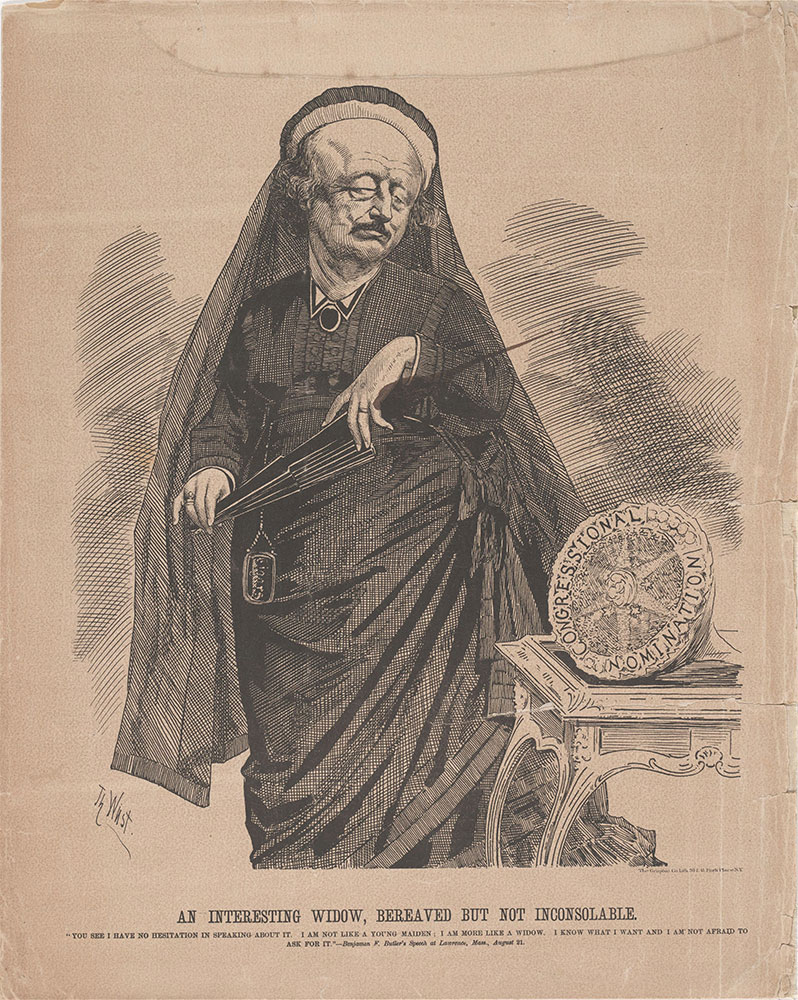 The Republican congressman from Massachusetts, Benjamin F. Butler is shown in this caricature as a widow dressed in black. The cartoonist was referencing a speech Butler delivered in which he compared himself to a widow:

"YOU SEE I HAVE NO HESITATION IN SPEAKING ABOUT IT. I AM NOT LIKE A YOUNG MAIDEN; I AM MORE LIKE A WIDOW. I KNOW WHAT I WANT AND I AM NOT AFRAID TO ASK FOR IT." - Benjamin F. Butler's Speech at Lawrence, Mass., August 21.

Butler was first elected to the House of Representatives in 1866 and served until losing his seat in 1874. He sought re-election in 1876 and was actively campaigning for the Republican nomination. A 'Congressional Nomination" wreath is shown here as the object of his affection. He successfully regained his seat and would go on to become the governor of Massachusetts in 1882.