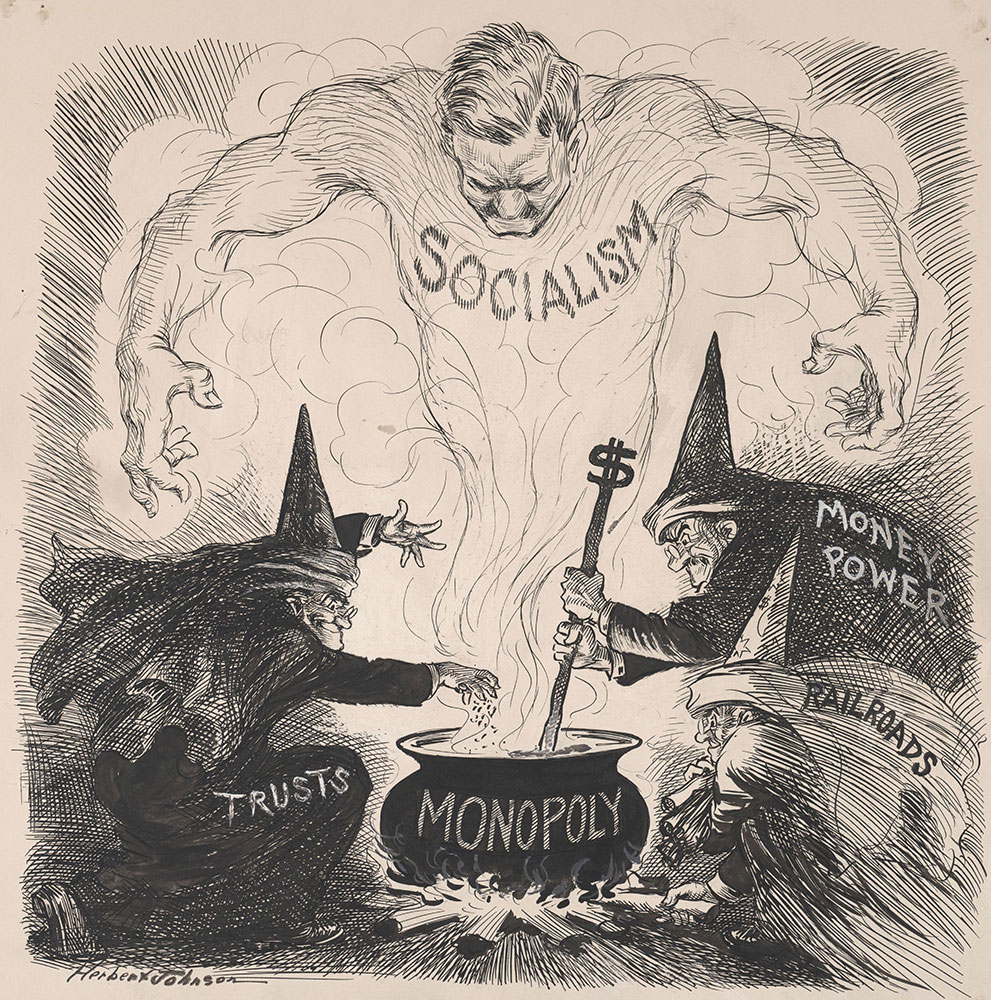 There are strong ties between the Pullman strike of 1894 and the Socialist Movement. The Pullman Strike occurred in Chicago, Illinois. George Mortimer Pullman was the founder and president of the Pullman Palace Car Company, a company manufacturing sleeping cars and operated them under contract to the railroads. In 1893, due to a depression, factory wages at the company fell about twenty-five percent. The laborers were all required to live in the Pullman City and although their wages decreased, Pullman did not reduce the rent costs for his housing. Most of his laborers went into debt to Pullman and their wages were garnished.

When Eugene V. Debs moved to Chicago to work for the railroad, as a fireman, he became aware of the harsh working conditions of the Pullman workers and he founded the American Railroad Union (ARU). He apparently became a socialist while in jail for instigating the Pullman Strike. Later he became the spokesman of the Socialist party. They made him their presidential candidate five times. The party at one time had 100,000 members and 1,200 office holders in 340 municipalities.

- History Is A Weapon, Chapter 13: the Socialist Challenge by Howard Zinn: http://www.historyisaweapon.com/defcon1/socchal13.html