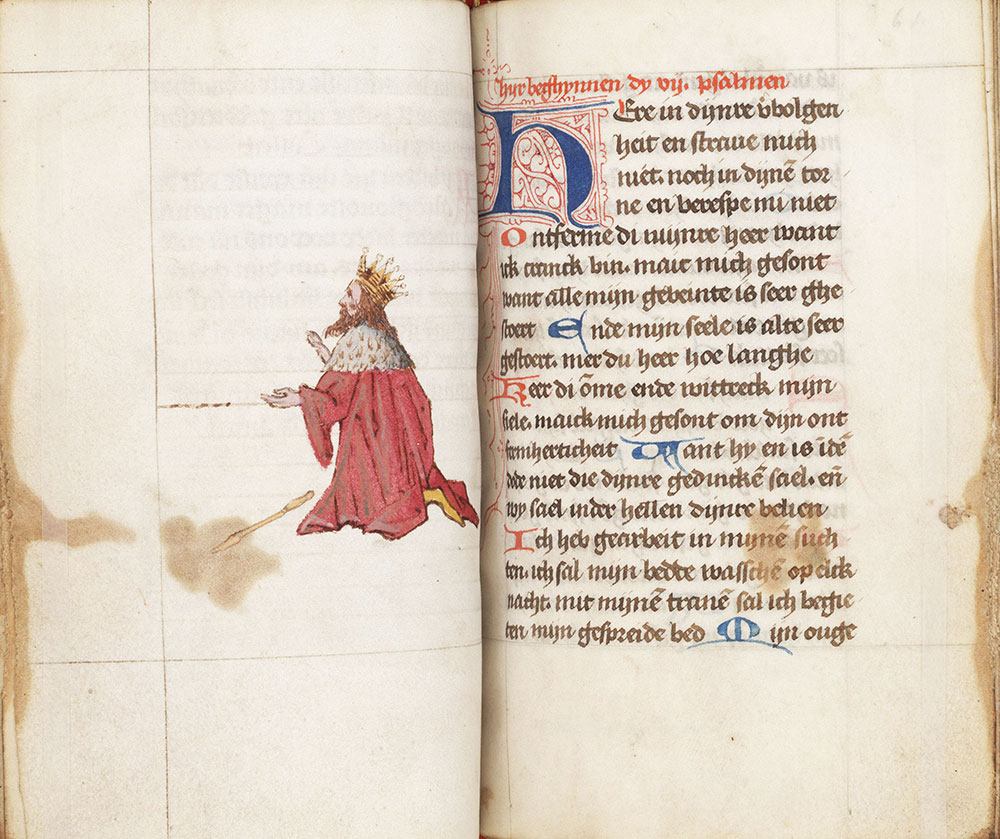 Item No: mca0910600
Additional Title: Book of Hours, use of Utrecht
Script: Netherlandish Hybrida
Language: Latin
Folio Number: ff. 60v-61r
Source: Rare Book Department
Notes: Opening with King David in Penance and the beginning of the Penitential Psalms
Notes: This book of hours contains the Dutch translations of some of the devotional texts typically found in the Latin books of hours popular in the Late Middle Ages. The Dutch translations were made around 1380 by Geert Groote, one of the founders of a popular religious movement in the Netherlands. Known as the Devotio Moderna, or "Modern Devotion," the movement emphasized devotion to the life and humanity of Christ and aimed to enhance the spiritual lives of the laity.

The illumination on the verso is a post-medieval addition to the manuscript.
Sirsi Catalog Key: 1560762
Country: Country:Netherlands
Cardinal Point:northern 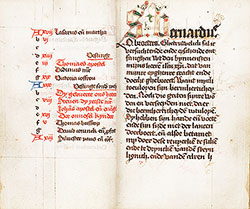 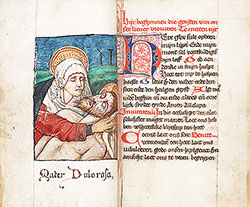 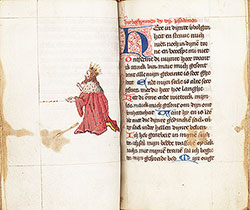 (1499). Book of Hours, use of Utrecht. Retrieved from https://libwww.freelibrary.org/digital/item/4337