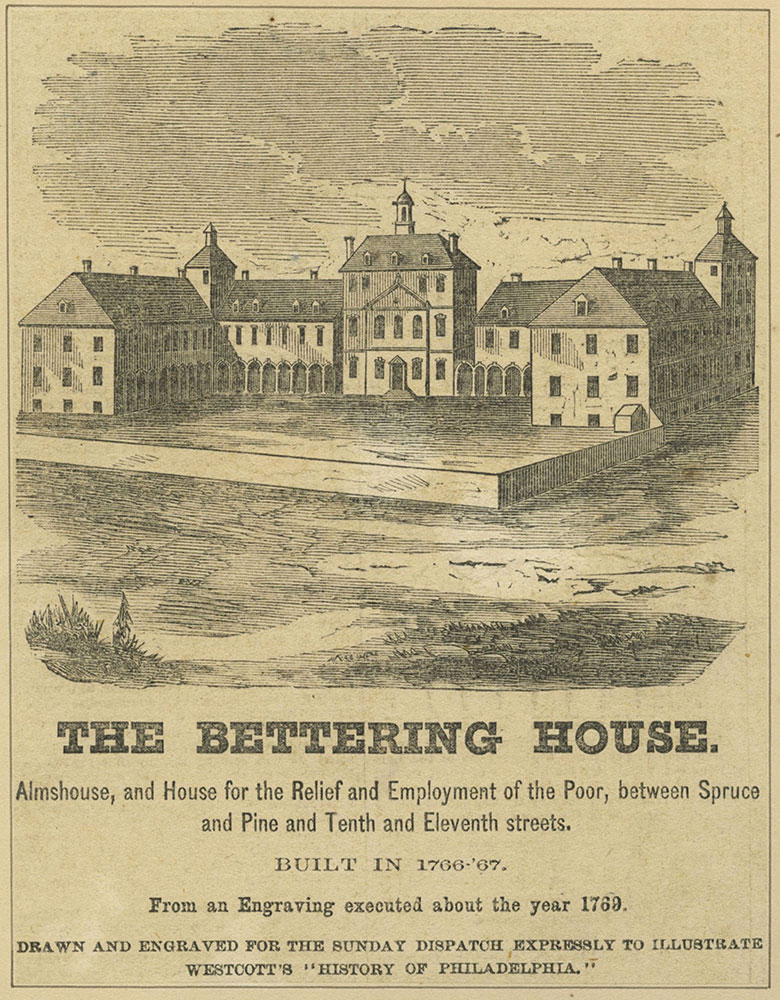 Transcription:
[ THE BETTERING HOUSE. | Almshouse, and House for the Relief and Employment of the Poor, between Spruce | and Pine and Tenth and Eleventh streets. | BUILT in 1766-'67. | From an Engraving executed about the year 1769. | DRAWN AND ENGRAVED FOR THE SUNDAY DISPATCH EXPRESSLY TO ILLUSTRATE | WESTCOTT''S "HISTORY OF PHILADELPHIA." ]