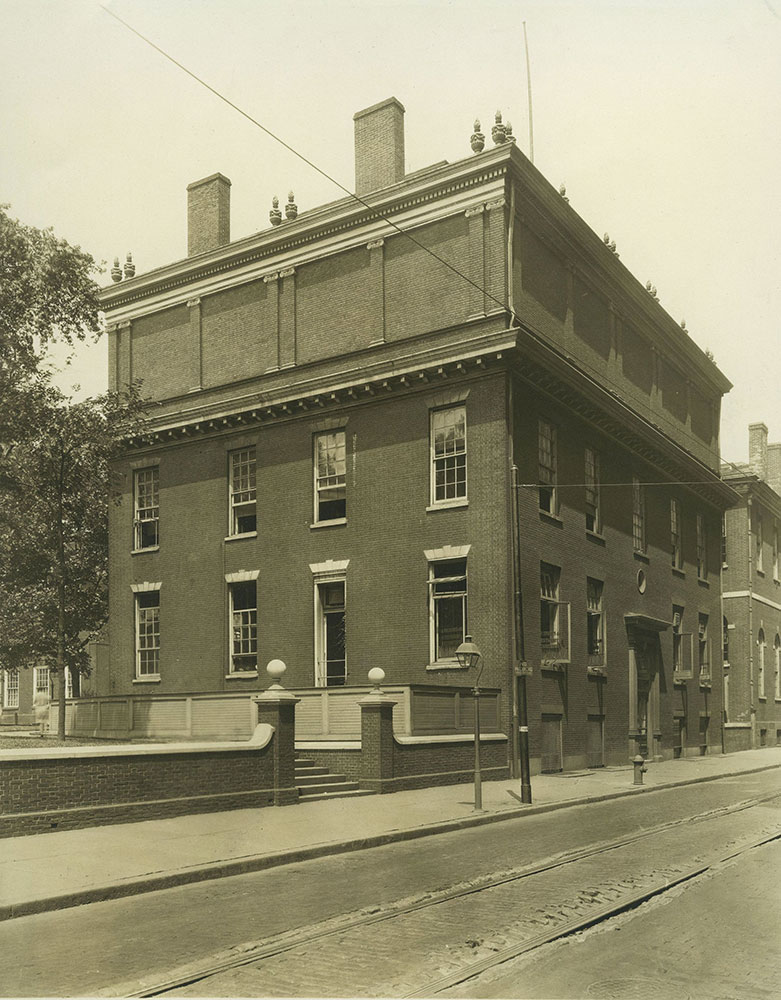 Contruction on building began in 1785. In 1890, an additional third floor (shown in photo) was added to the originally two story building. In need of more space, the Society moved to a new location in 1932. Third floor addition removed in 1949. Philosophical Hall currently serves as the administrative headquarters of the American Philosophical Society.