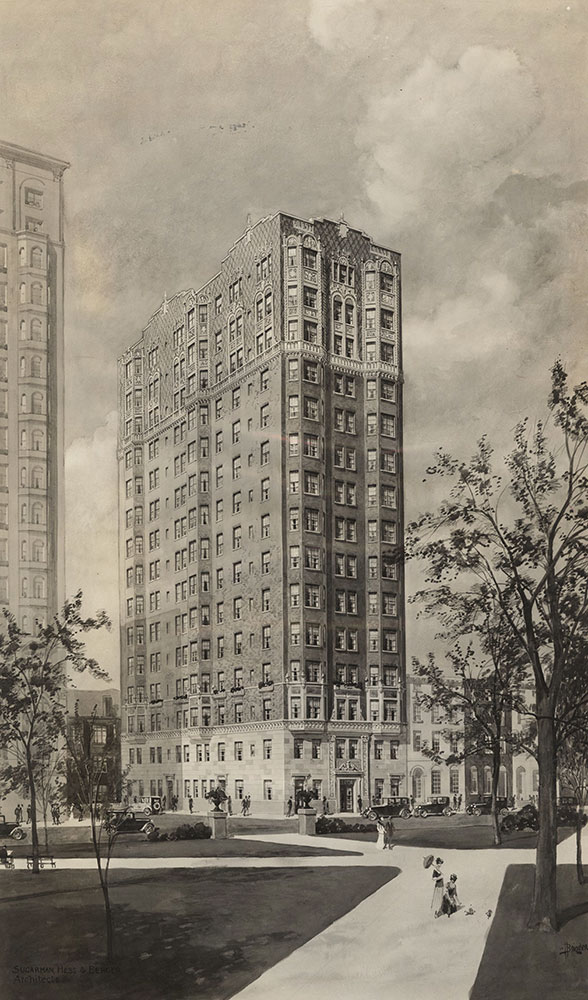 Photographic reproduction of an architectural drawing for the 1900 Rittenhouse Square apartment building.

Designed by architects Sugarman, Hess & Berger. Built 1923-1926 on the site of the Frank Lankenau mansion. Placed on the National Register of Historic Places in 1982.