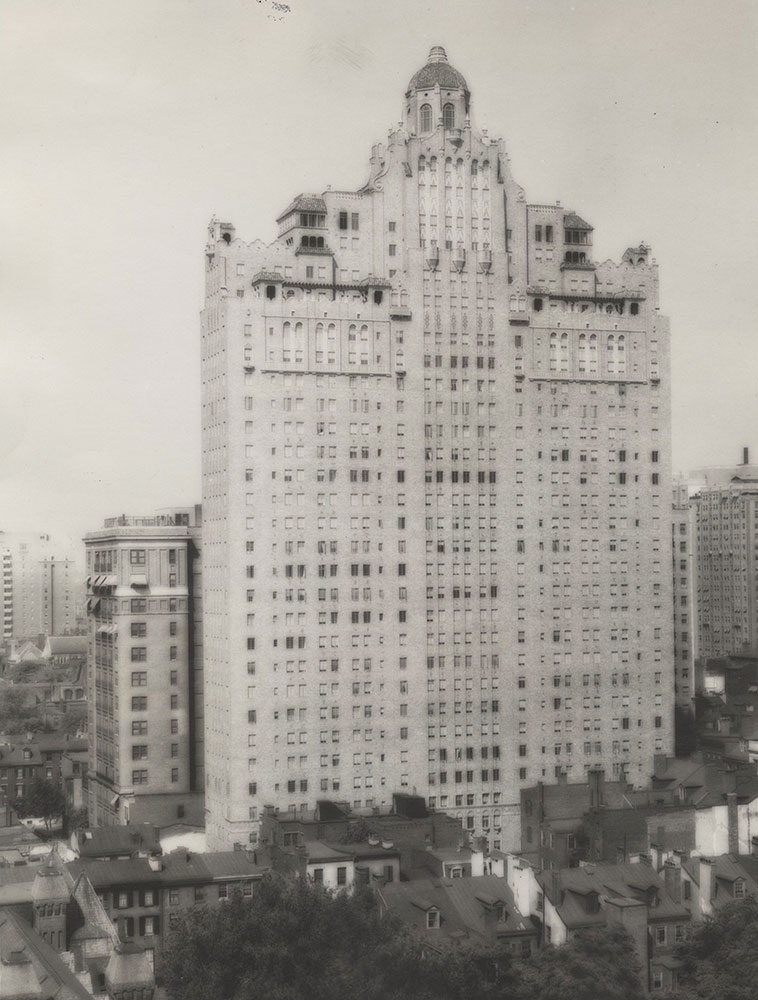 Photograph taken in 1930 by official photographer from the Department of Public works. Gift of John J. L. Houston, Esq., May 1932.

"The Drake Hotel at 1512-1514 Spruce Street was built in 1929 at the very end of the 1920's building boom in Philadelphia. The architects were Ritter & Shay, who designed this romantic art deco/Spanish Baroque skyscraper. The 30-story Drake Hotel was one of the city's largest buildings when it was constructed. The brick-clad art deco building incorporates Spanish Baroque ornamentation, accented with sculpted terra-cotta decoration. Its strong silhouette with open terraces overlooking the city gives the building its distinctive profile and creates a unique appearance against the skyline. Originally built with 753 rooms for use as apartments and hotel lodging, this long narrow building has recently been renovated exclusively as apartments."[1]