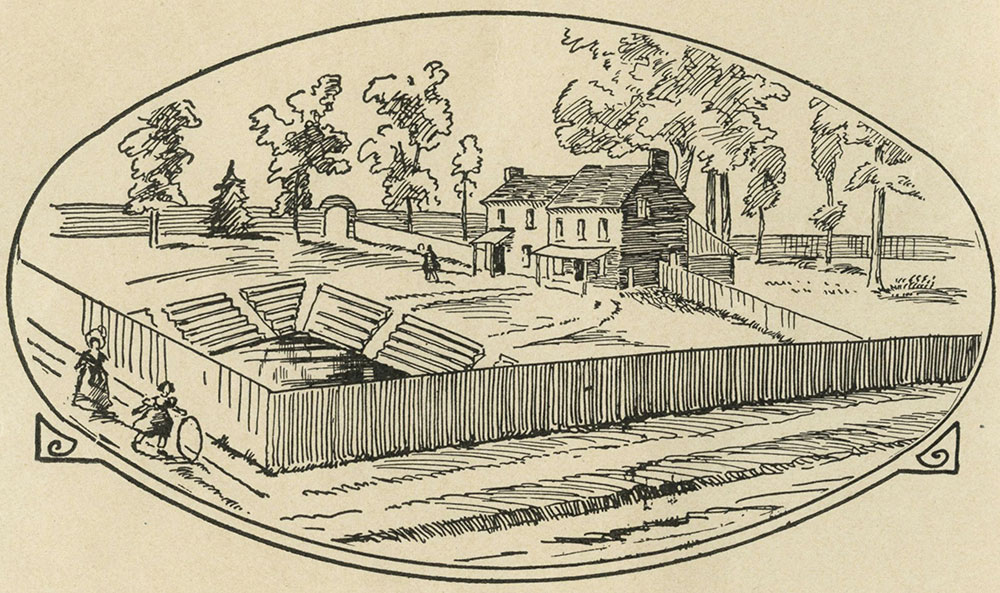 Etching of McAran's Garden Theater after a Frank Taylor print (#254).

"John McAran was, about 1828, a gardener and florist occupying a suburban tract west of Seventeenth and south of Arch Streets. He developed this location as a public amusement park which was opened on June 13th, 1840 [...] Fireworks, music and dancing attracted the evening crowds. A feature was a fine collection of birds. he was induced to join with Ward & McIntosh, in the erection of a theatre upon the site. This venture failed and the ground was soon afterward devoted to the building of residences and two churches."