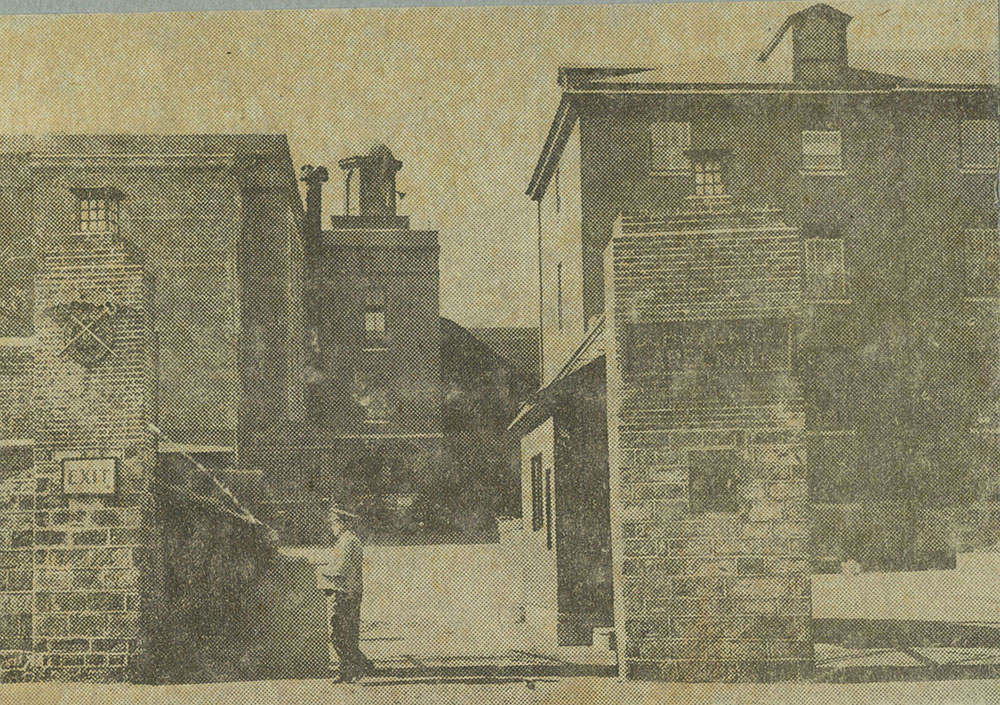 From: The Lewis and Clark Fort Mandan Foundation. (2009). "Schuylkill Arsenal to Wheeling." Retrieved from: http://lewis-clark.org/content/content-article.asp?ArticleID=2980

Half-tone lithograph showing a young boy outside the compund of the Q.M.C School, once the Schuylkill Arsenal.

"The Schuylkill Arsenal, founded in December of 1799, was located between the north bank of the Schuylkill River and the road to Grays Ferry, facing toward the Delaware River a mile away, and the shipyard where the great frigate Philadelphia was under construction. [...]

The office, warehouse, storage facilities, wood, metal and mechanical shops of the Schuylkill Arsenal were built of brick. The high wall surrounding it was made of brown stone, penetrated on the front by a wide gate to admit wagons, and elsewhere by smaller gates for pedestrians.
After the war of 1812, Schuylkill Arsenal no longer supplied guns and ammunition to the armed forces, but was committed solely to the manufacture and storage of uniforms and other textile products. During the Civil War, more than 10,000 seamstresses and tailors were hired to make clothing for Union troops. After World War I, operations were moved to new quarters elsewhere in South Philadelphia and renamed the Philadelphia Quartermaster Depot. Today the former grounds of the Schuylkill Arsenal are used for storage by the Philadelphia Electric Company."