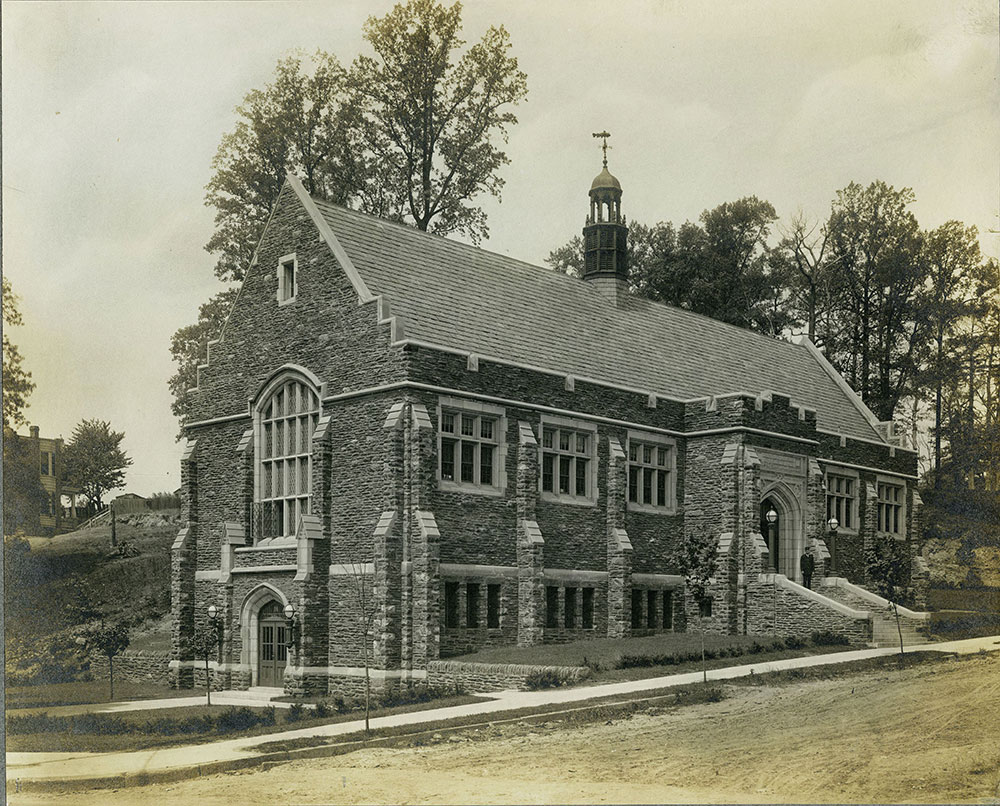 This is a ca. 1913 exterior view of the Falls of Schuylkill Branch, opened at its present location, 3501 Midvale Avenue, on November 18, 1913. (The original branch was opened in 1901 as a Deposit Station, and was located in the Old Academy building at 3544 Indian Queen Lane.)  The land for this branch was a gift from the Warden Estate and William H. Merrick. The building is the 14th branch funded by a grant from Andrew Carnegie.

The architects were Rankin, Kellogg, and Crane. The building features English Collegiate architecture, and is constructed from local stone.  Note the catfish weathervane on the cupola: It is a symbol of the thousands of catfish that thronged the Schuylkill River two centuries ago, before the Fairmount Dam, constructed in 1822, raised the river's water level and obliterated the rapids.