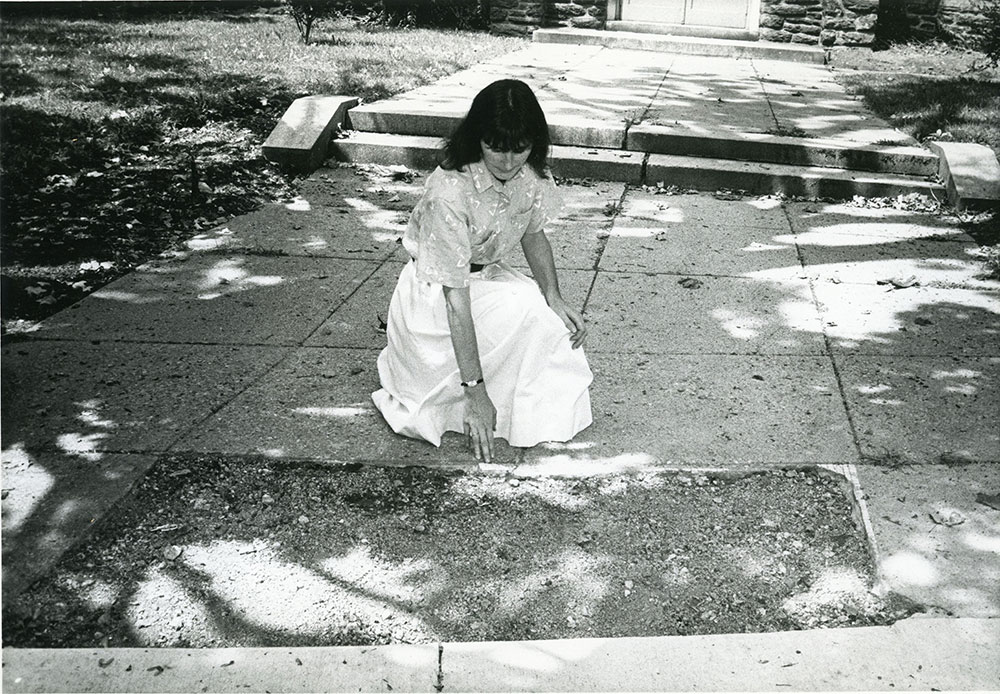 The Falls of Schuylkill Branch opened at its present location, 3501 Midvale Avenue, on November 18, 1913. (The original branch was opened in 1901 as a Deposit Station, and was located in the Old Academy building at 3544 Indian Queen Lane.)  The land for this branch was a gift from the Warden Estate and William H. Merrick. The building is the 14th branch funded by a grant from Andrew Carnegie.

In this photograph by Philadelphia Daily News photographer Sam Psoras, branch librarian Wendy Robinson indicates where a ceramic mosaic was removed from the front walkway of the Falls of Schuylkill Branch, in August of 1989.

This branch serves the East Falls community. It is located at the intersection of Midvale Avenue, Warden Drive, and Conrad Street.