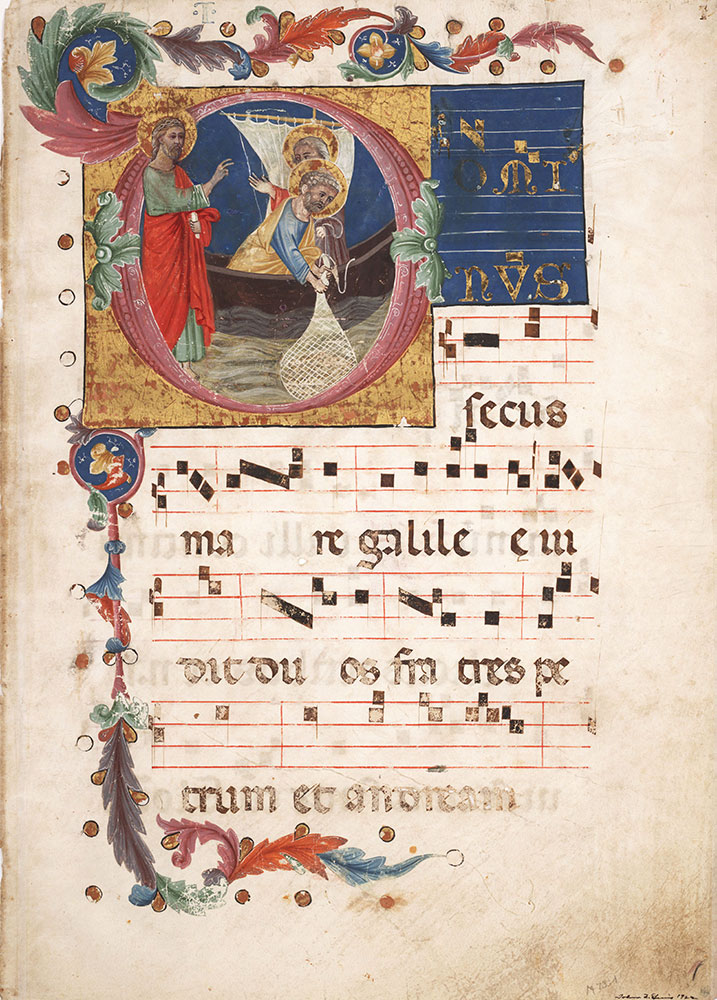 Item No: mcai730011
Additional Title: Gradual
Script: Rotunda
Language: Latin
Folio Number: front 73:1
Source: Rare Book Department
Notes: Initial D with Christ with calling Sts. Peter and Andrew
Notes: This initial begins the Introit for the Vigil of the feast of St. Andrew (Nov. 29), "Dominus secus mare Galilee vidit duos fratres Petrum et Andream ..." (The Lord, walking by the Sea of Galilee, saw two brothers Peter and Andrew). The Gospels of Matthew and Mark record that Christ came upon two fishermen in a boat on the Sea of Galilee, the brothers Peter and Andrew whom he called to be his disciples. The Gospel of John tells the story differently. It is Andrew, one of two disciples of John the Baptist, who sees Christ first and then runs to tell his brother Peter (John 1:39-41). The iconography of this initial combines the two different accounts: Andrew and Peter are fisherman, but it is Andrew who recognizes Christ first while Peter has his back turned.
Sirsi Catalog Key: 1654693
Country: Country:Italy
City/Town/Township:Perugia 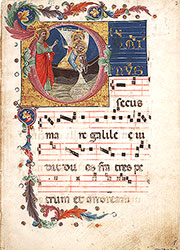 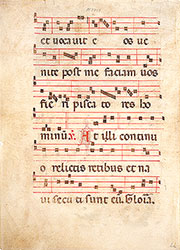 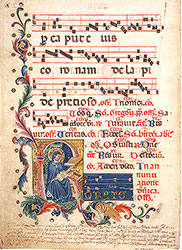 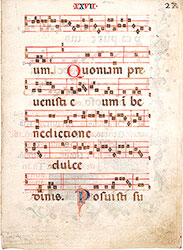 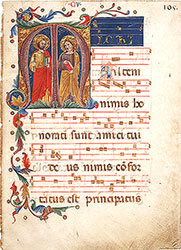 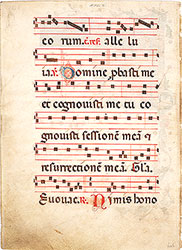 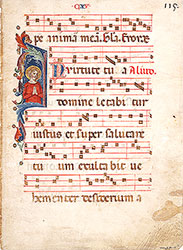 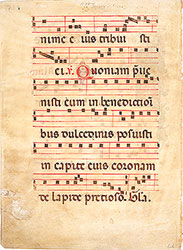