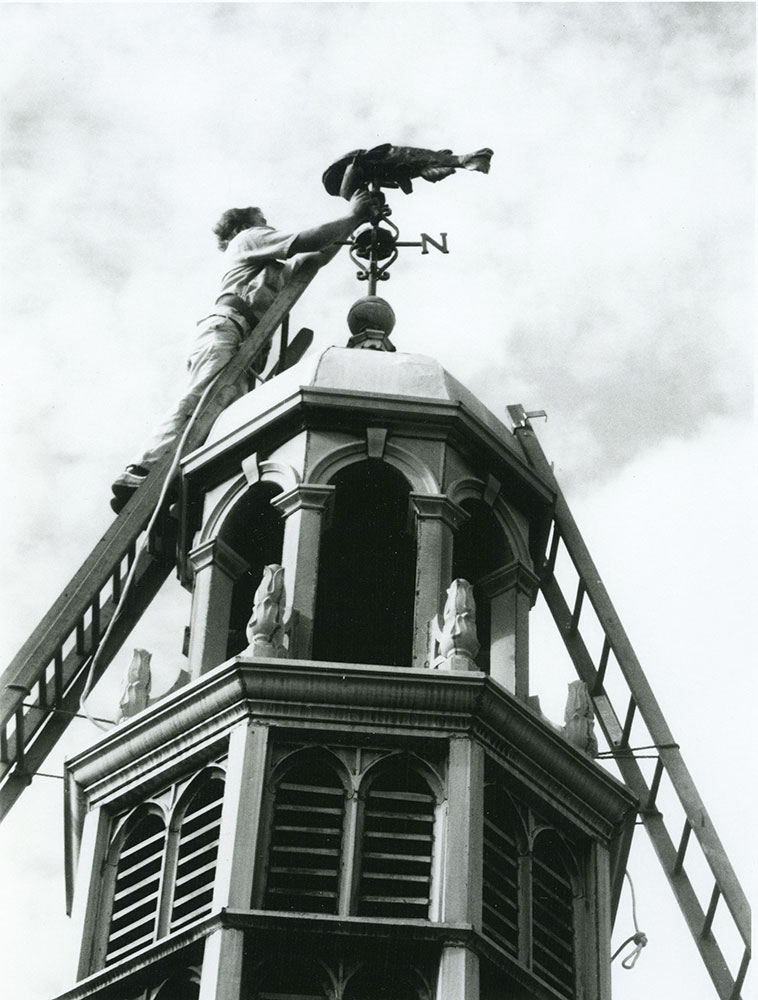 The originally-named Community Branch Library, opened in 1947, was located at 615 Girard Avenue. However, the building was torn down in 1949, so that a new police station could be built.  The building pictured here, located at Montgomery Avenue & Flora Street, was built in 1895 as a stable, and was later used as a fire station for horse-drawn wagons.  It was donated in the late 1940s by the City of Philadelphia, becoming the new home for the Community Branch of the Free Library, on March 31, 1950.  It was renamed Fishtown Community Branch in 1982.

The Fishtown Community Branch was renovated extensively in 1988-89, with the addition of a balcony, meeting room, elevator, and new cupola. In preparation for these renovations, the fish sculpture atop the original cupola, pictured in this 1988 exterior view, is being removed.