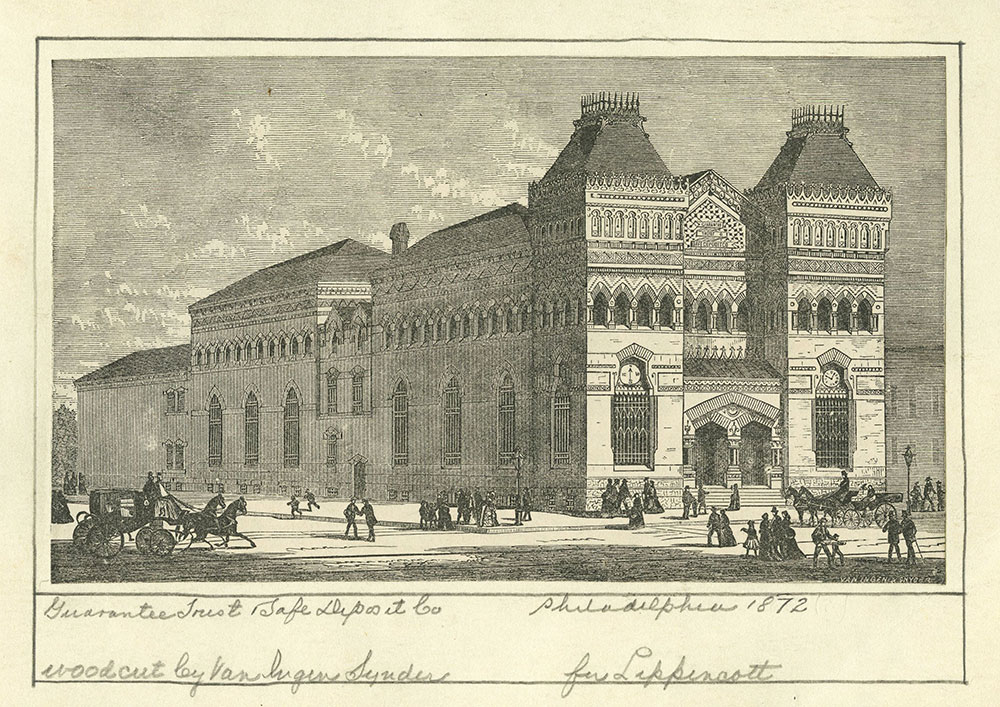 Building designed by architect Frank Furness. Constructed between 1873 and 1875. Demolished 1957.

From an 1873 The Public Ledger newspaper article:

"The Guarantee Trust and Safe Deposit Co. are about to erect a large fine banking house on the lot fronting Chestnut Street between Carpenters’ court and Hudson’s alley. The building will be about 57 feet square, and will be extremely ornamental. The front will be divided into three features, a central building, with two large pavilions, crowned with square mansard tower. The prevailing architecture of the first will be Italian, and it will be built of various colored brick, ornamented with carved stone and encaustic trimmings. Entrance to the building will be gained by a large double door in the entry, which is flanked by two immense windows filled with plate glass and protected by iron gratings. A belt of smaller windows extends around the building, at what appears from outside to be the second story, and other windows are placed in the mansard roof. The interior forms one large room, and there is no skylight—the numerous windows affording abundant light and ventilation. The building will be as near absolutely fire-proof as possible, no wood being used in the construction, wither outside of inside. The floors will be of brick, supported by iron joists, and the fixtures of iron and stone."*