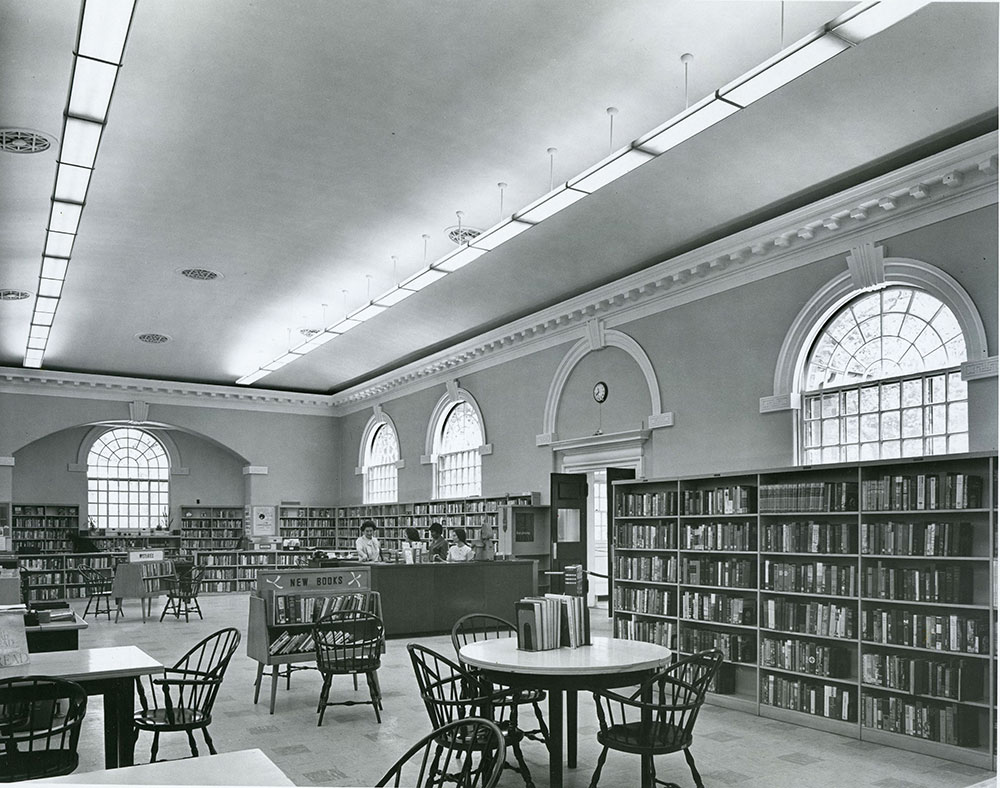 The Germantown Library, located in Vernon Hall, officially became the Germantown Branch of the Free Library of Philadelphia in 1896. In 1898, its location moved out of Vernon Hall and into Vernon House (also known as the Wister Mansion), also in Vernon Park.

In 1907, the branch was again moved into its final location, remaining in Vernon Park. This building was the fifth Free Library branch built using funds from the $1.5 million Andrew Carnegie grant.  This interior view was taken in the spring of 1966, after renovations--principally, new lighting, flooring, and painting.

The branch served the Germantown community until 1978, when the Northwest Regional Library officially opened to the public, only a few blocks away.  The library building was converted into a senior center.