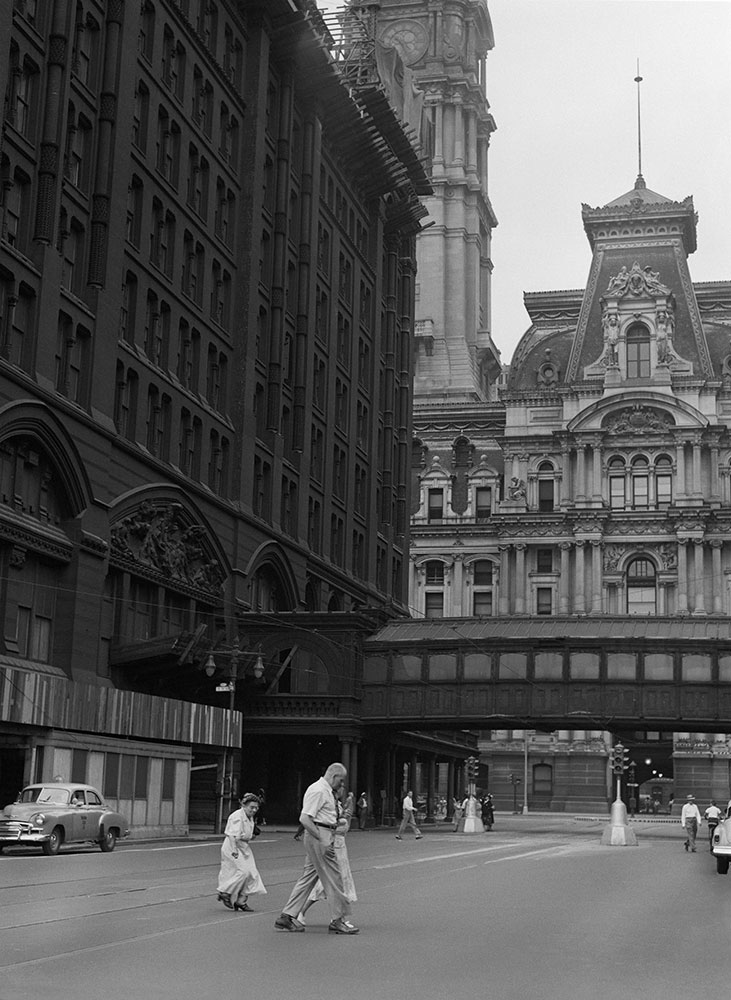 View of the Pennsylvania Railroad's Broad Street Station at the Northwest corner of Broad and Market Streets. City Hall can be seen in the background while pedestrians cross the street. Photograph taken shortly before the station's demolition in 1953.