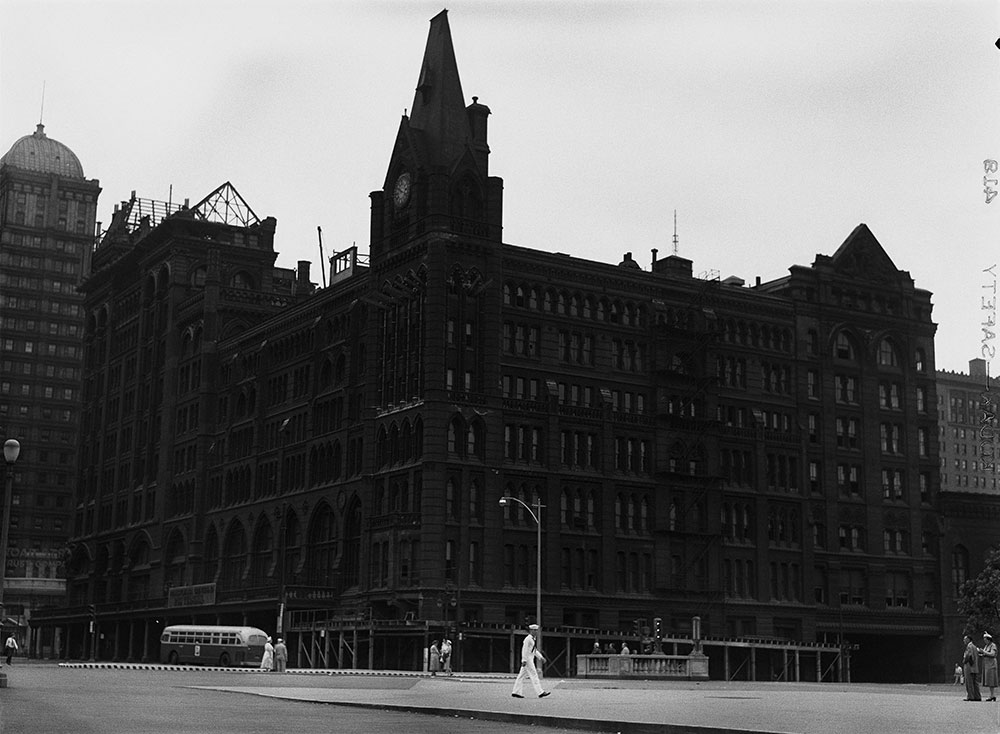 View of the Pennsylvania Railroad's Broad Street Station at the Northwest corner of Broad and Market Streets. View focuses on the office building portion of the station that served as the headquarters for the Pennsylvania Railroad company. A sailor and several other pedestrians can be seen in the foreground. Photograph taken shortly before the station's demolition in 1953.