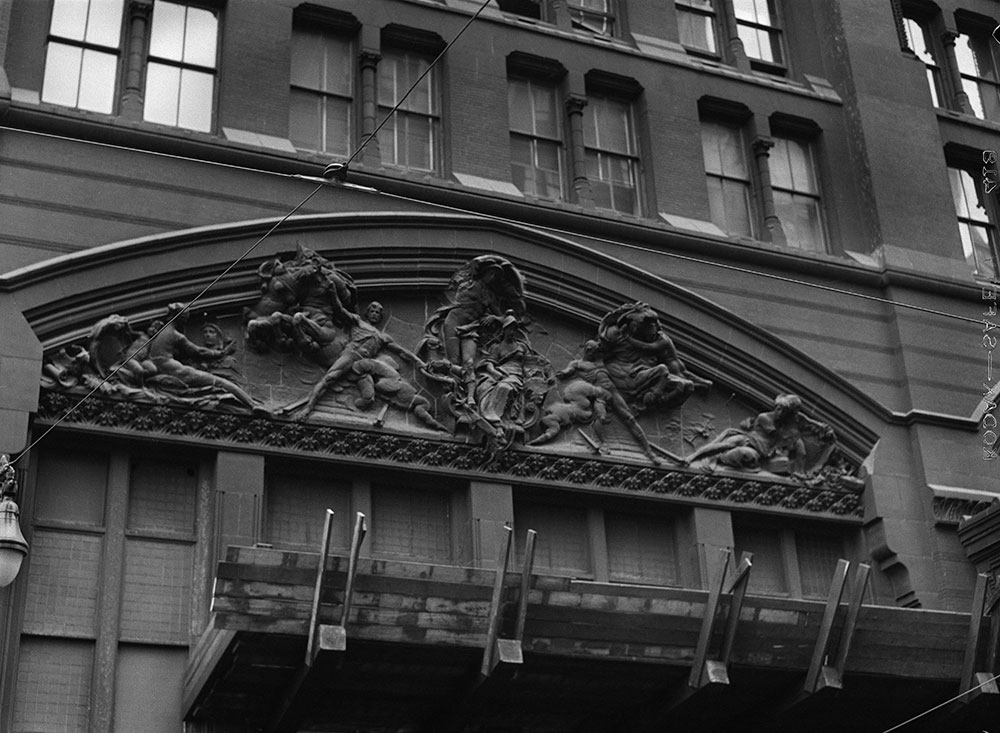 View of an architectural frieze on the Pennsylvania Railroad's Broad Street Station at the Northwest corner of Broad and Market Streets. Photograph taken shortly before the station's demolition in 1953.