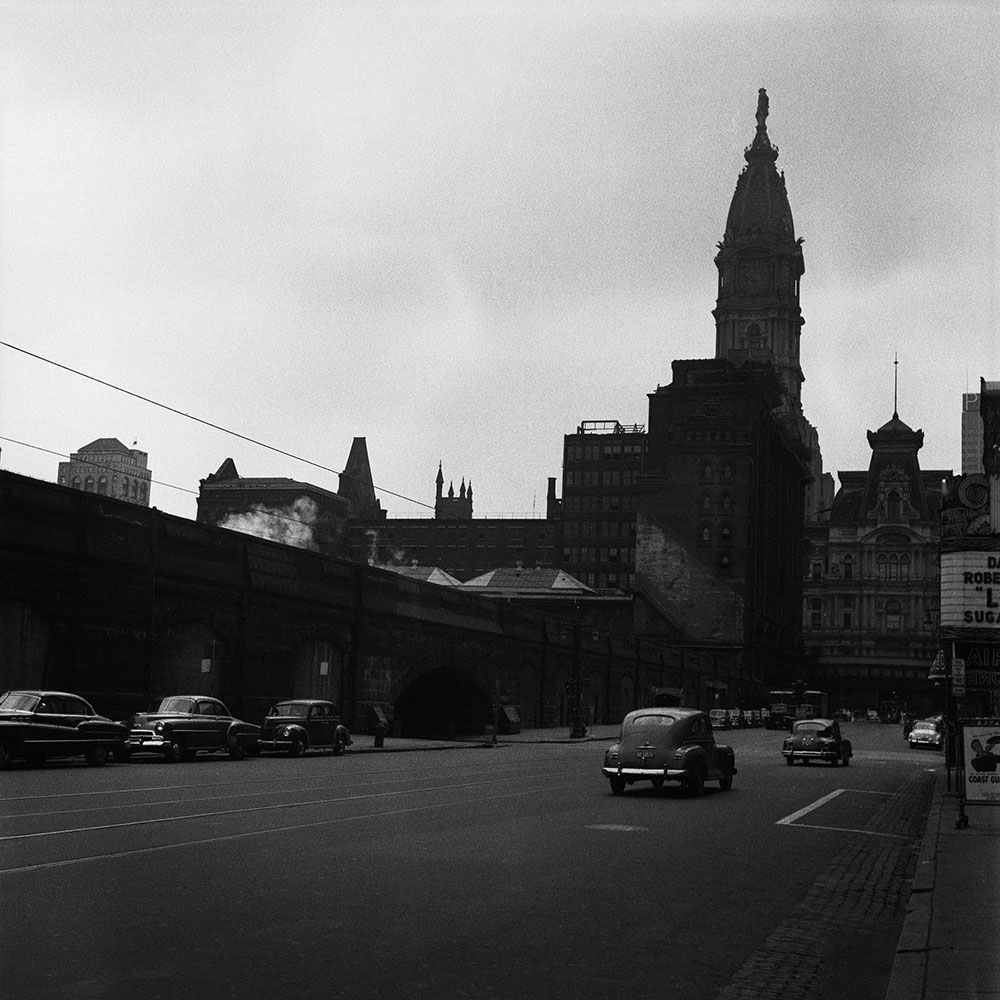 View of the south side of the Pennsylvania Railroad's Broad Street Station at the Northwest corner of Broad and Market Streets. City Hall can be seen in the background-right. Photograph taken shortly before the station's demolition in 1953.

The station closed in April of 1952 and demolition was completed in 1953.