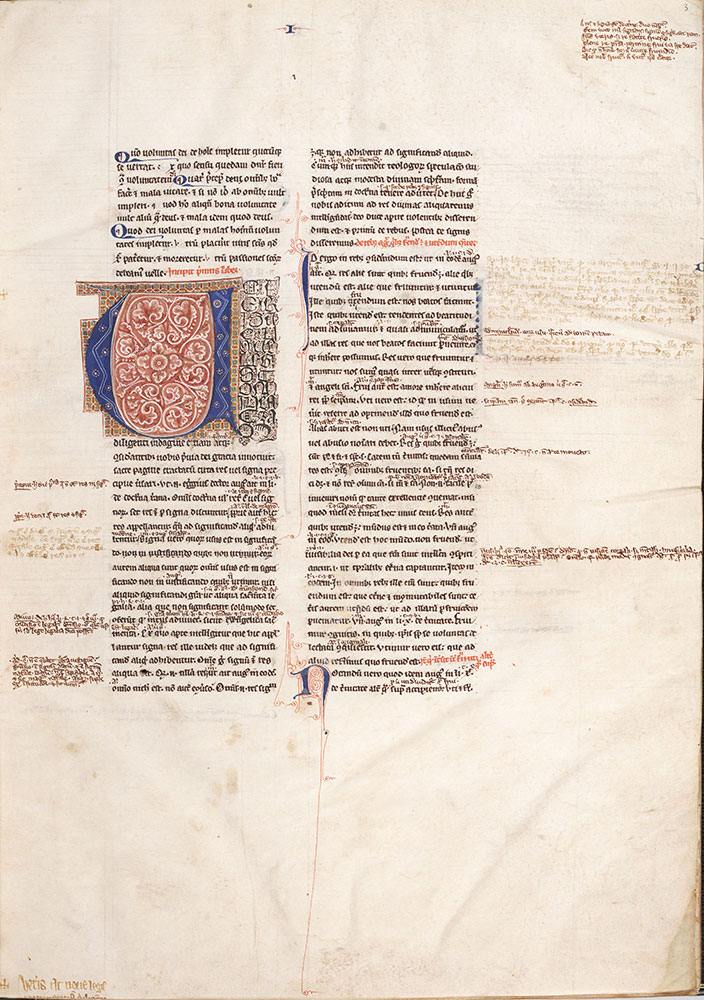 Lombard wrote this important work of medieval Christian theology around 1160, compiling the writings of the Church Fathers. This copy features marginal gloss by a reader and an artist’s additions: to the right of the large blue and red initial “U,” notice the tiny faces in the black capitals.


Notes: Initial U
Notes: This initial begins book I of the Four Books of Sentences by Peter Lombard (ca. 1100-1160), which he wrote around 1150. This treatise brought together the writings of the Church Fathers and dealt with the theological problems of the Trinity (Book I), creation (Book II), Christ's incarnation (Book III), and the sacraments (Book IV). It became the main textbook for medieval universities from the late twelfth century until the sixteenth and acquired a great number of commentaries. When this manuscript was made, the margins were ruled for the addition of marginal gloss, which has been added by a second hand in a cursive script.
Sirsi Catalog Key: 1598993
Country: Country:France 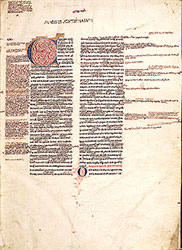 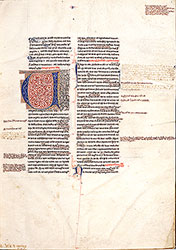 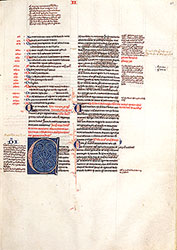 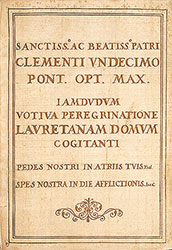 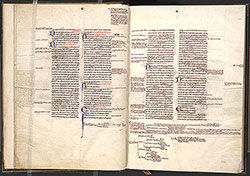