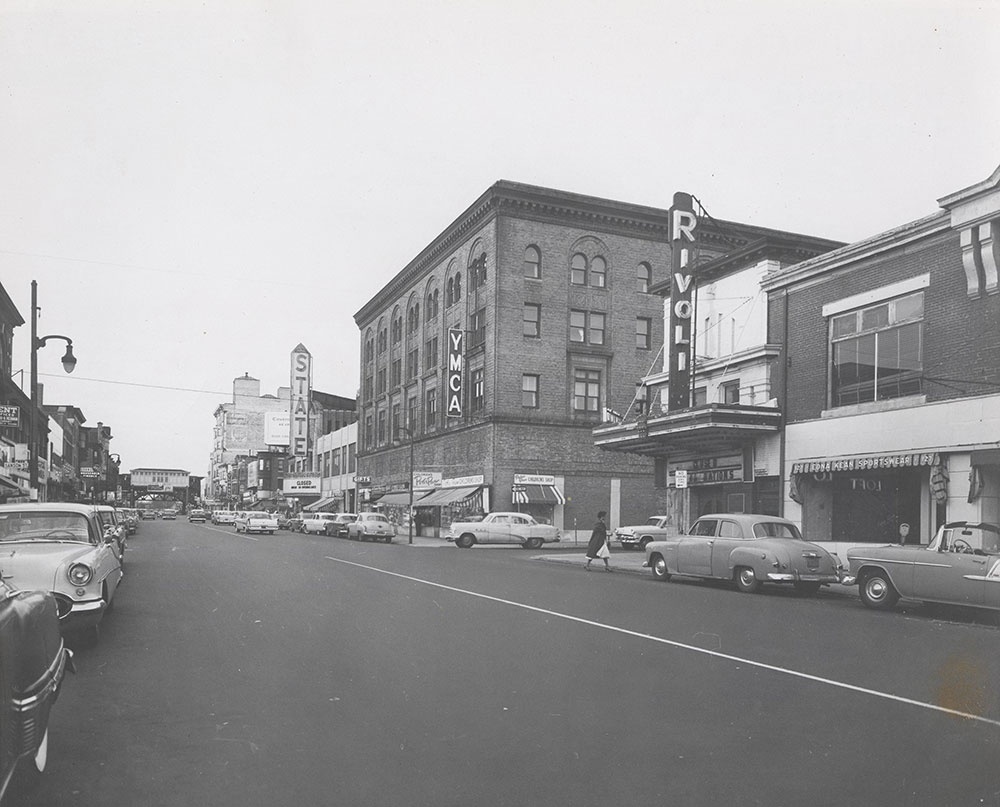 The West Philadelphia Regional Library opened on October 21, 1976, becoming the second regional library in the city, providing West Philadelphia with a larger collection than those of neighborhood branches. Designed by architect William Mann, the library was built on the site of the Rivoli Theater. This 1959 street scene shows the theater a decade earlier.