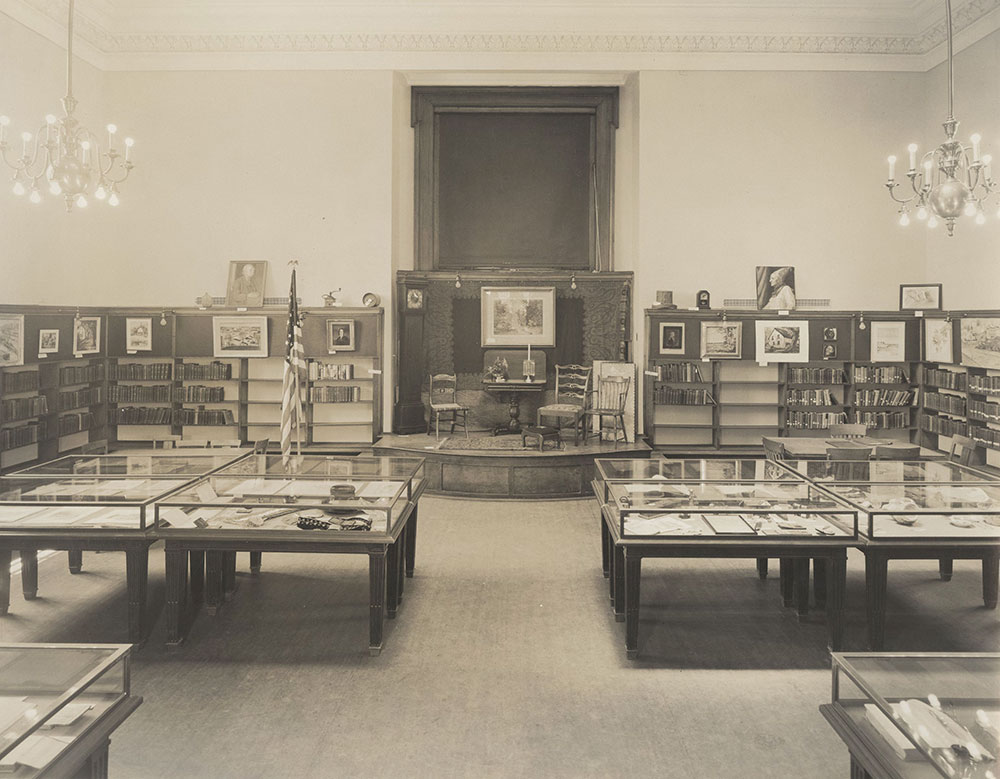 The Manayunk Branch was opened in February of 1909, becoming the tenth of the Andrew Carnegie-funded libraries in Philadelphia. The land was donated for this purpose to the City by John F. S. Morris, Esq. The building was de-accessioned in 1969, and was first a seniors center and is now part of a condominium development.

This photograph shows some of the displays of books, papers, artifacts, and furniture celebrating the Manayunk Community's 250th Anniversary, a joint exhibition with the Wissahickon Branch.

The Manayunk Branch served the borough of Manayunk until 1969, when it closed, along with the Wissahickon Branch; these branches moved into a new building, merging with the reestablished Roxborough Branch.