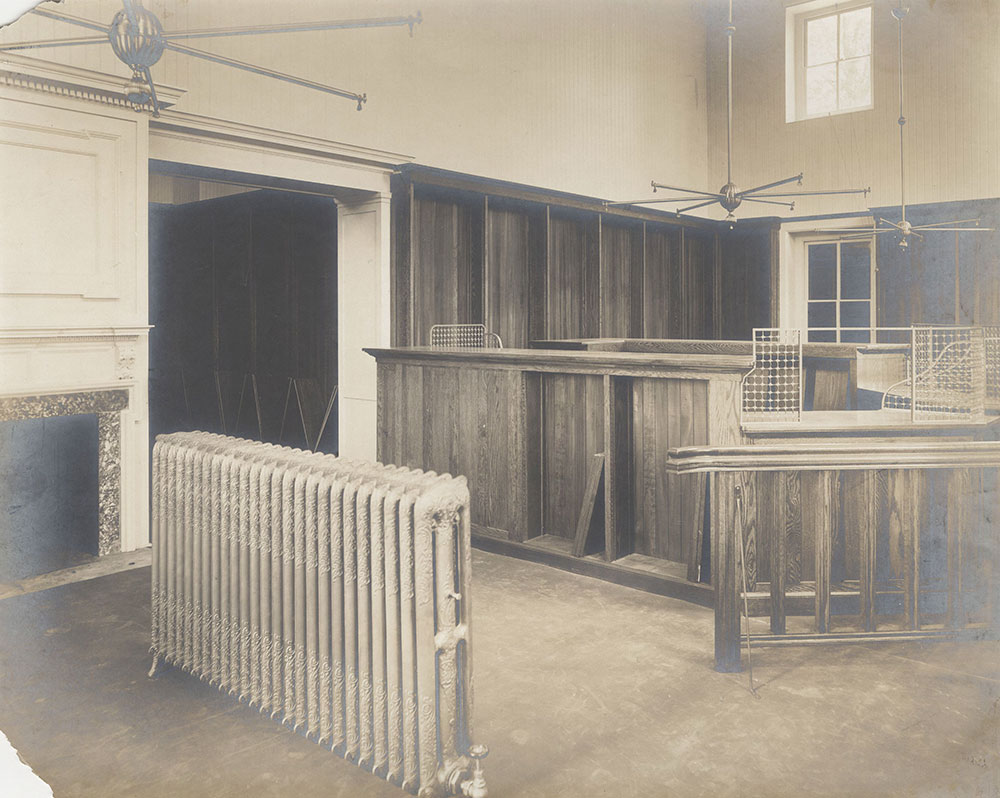 The McPherson Square Branch opened on July 5, 1898, in the repurposed mansion, the interior of which is pictured here. The mansion was torn down in 1915, and the current Carnegie-funded building was erected on the same site in 1917.