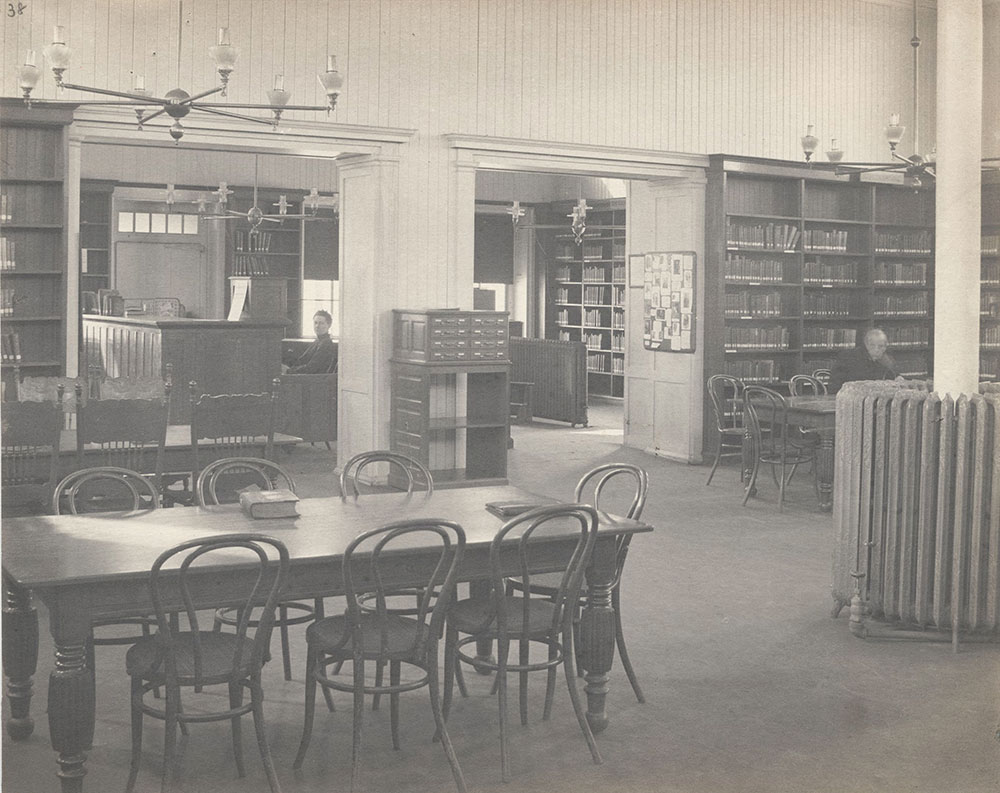 The McPherson Square Branch opened in the repurposed mansion on July 5, 1898. This interior view is taken from a new wing, which was added in 1900. The mansion was torn down in 1915, and the current Carnegie-funded building was erected on the same site in May of 1917.