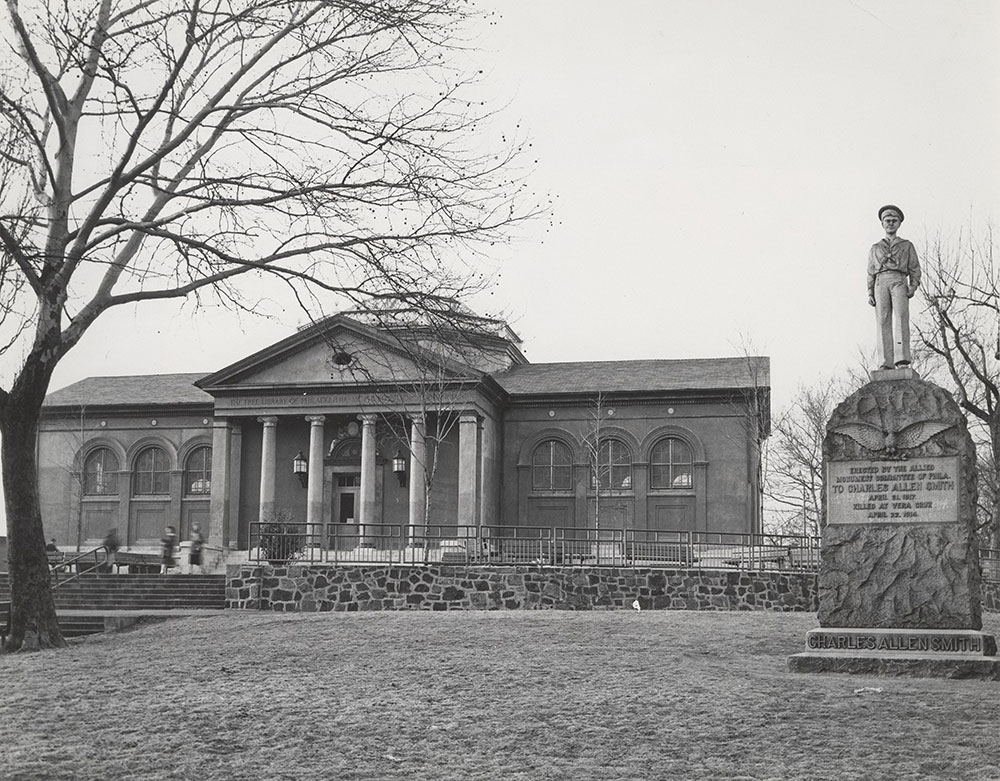 Set in McPherson Square Park, the McPherson Square Branch opened in the repurposed Webster Mansion on July 5, 1898. The mansion was torn down in 1915; the new building, erected on the same site in 1917, became the 19th Andrew Carnegie-funded Free Library branch.  This late 1950s photograph shows the original mission tile roof replaced by asphalt shingles.

Also visible in this photograph is the statue dedicated to local resident Charles Allen Smith, the second American killed at Vera Cruz (WWI) in 1914. It was erected in the park, near the library, by the Allied Monument Committee of Philadelphia in 1917.