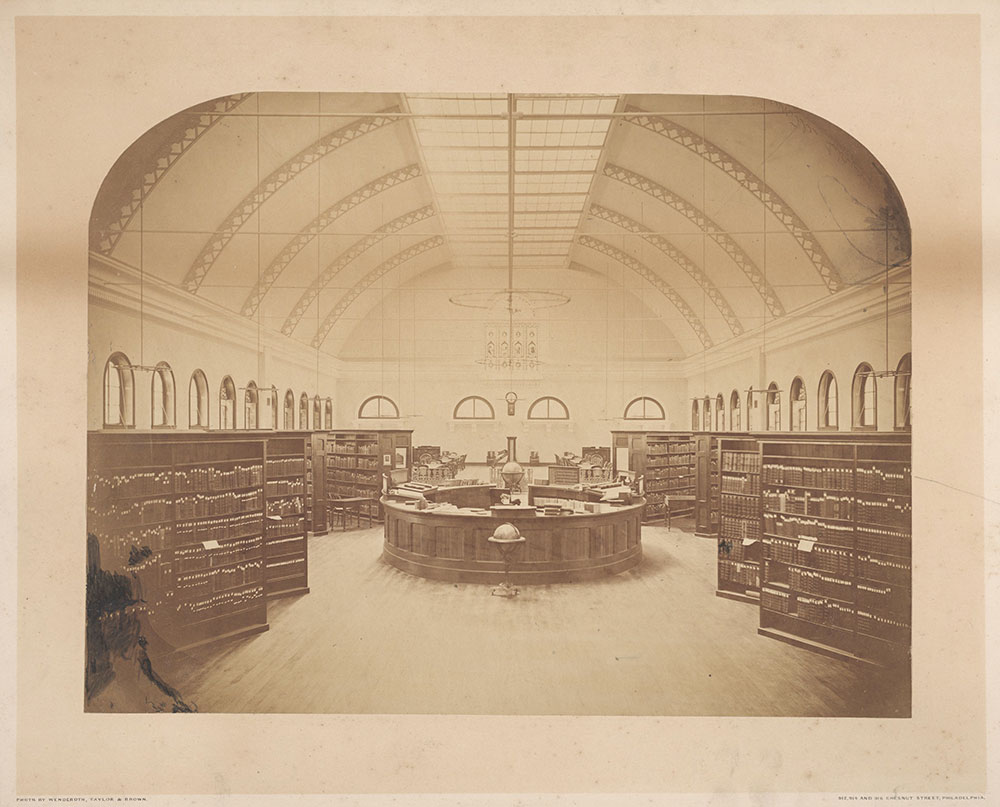 The Mercantile Library, originally a subscription library founded in 1820, was relocated in 1869 to this much larger building at 10 S. 10th Street. This building was previously a market and railroad depot, built in 1845, designed by William L. Johnston. This photograph shows the cavernous interior, adapted for library use in 1869.