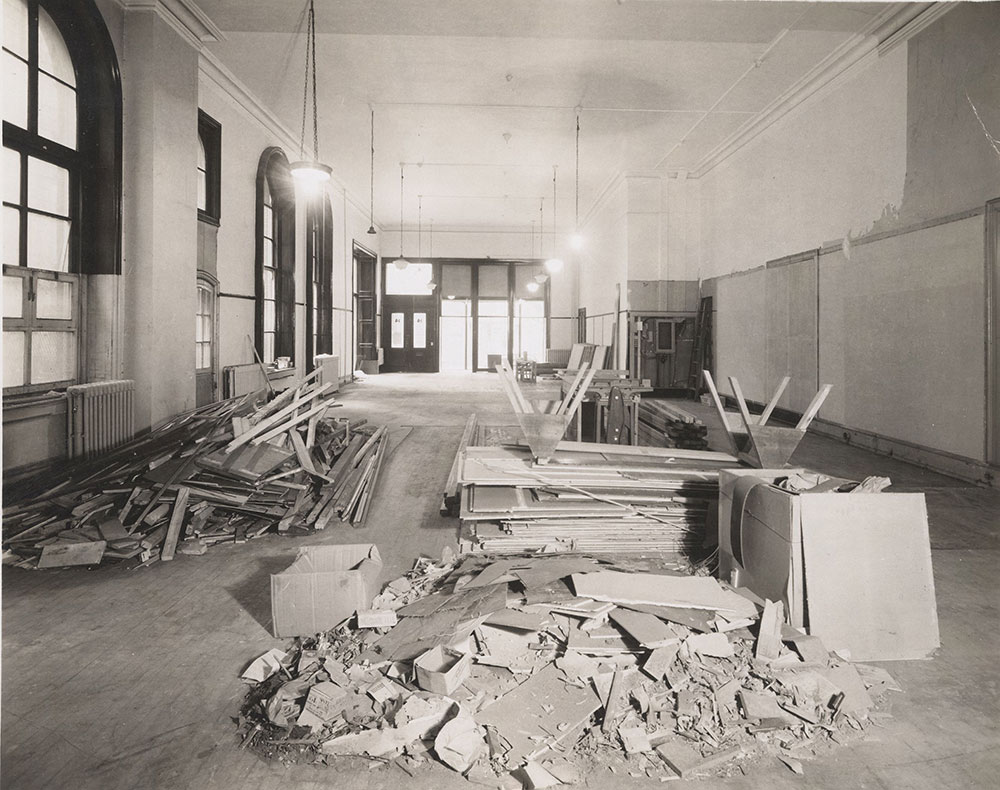 The Mercantile Library, originally a subscription library founded in 1820, was relocated in 1869 to this much larger building at 10 S. 10th Street. This building was previously a market and railroad depot.

The Mercantile Branch served the Center City population, until its subsequent location (at 1021 Chestnut Street) closed in 1989.