Miniature from an alchemical manuscript 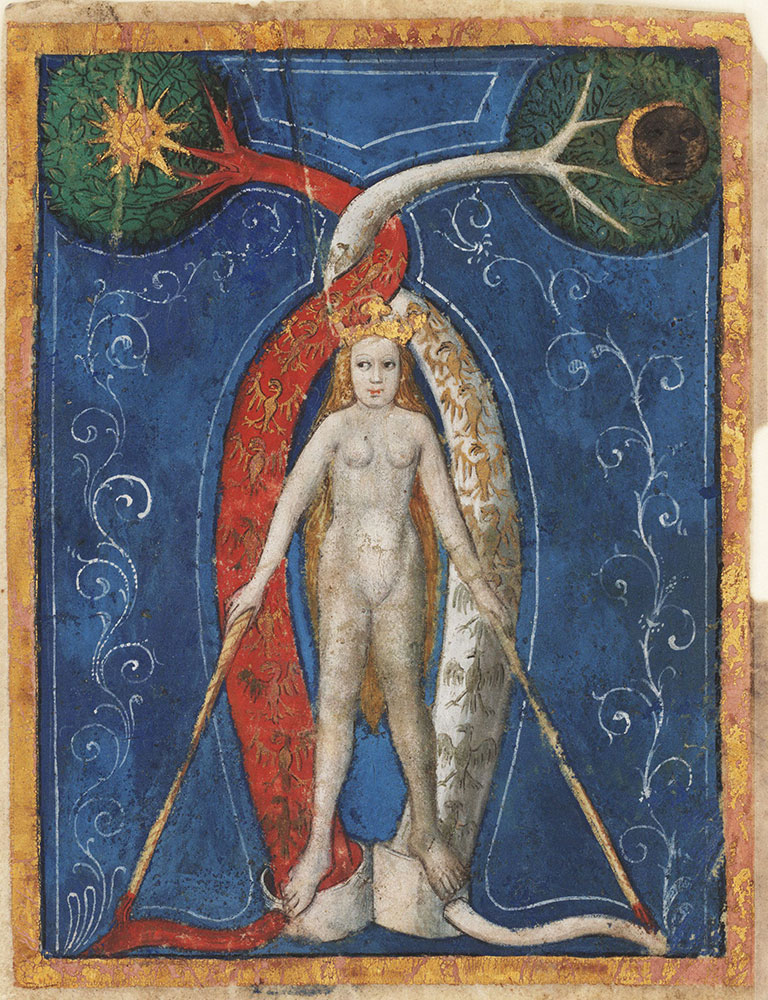 Item No: mcai280271
Title: Miniature from an alchemical manuscript
Additional Title: Unknown alchemical treatise
Script: Rotunda
Language: Latin
Folio Number: 28:27 front
Source: Rare Book Department
Notes: Alchemy, a forerunner of modern science, sought to discern the spiritual and temporal nature of reality, its structure, laws, and functions through the physical properties of substances. Its language and method employed cryptic symbolism to convey the relationships between the physical and metaphysical worlds. This miniature and its sister leaf, Lewis E M 28:26, are typical examples of alchemical art. Here, Philosophical Mercury, representing the female principle, stands between two trees whose trunks are set with ten golden eagles, representing the highest number of distillations. The trees entwine above her head to encapsulate the sun and the moon, signifying her dual nature.

Because these symbols were generally used by alchemical writers and because there is no surviving text, it is unclear which text these miniatures illustrated, although it has been suggested that they once belonged to a copy of the Rosarium philosophorum, attributed to Arnald of Villanova (ca. 1240 - 1311).
Notes: Philosophical Mercury (Mercurius)
Sirsi Catalog Key: 1668162
Country: Country:Italy
Cardinal Point:northern ? 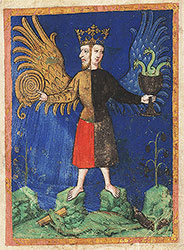 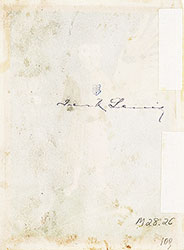 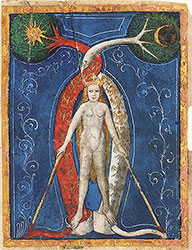 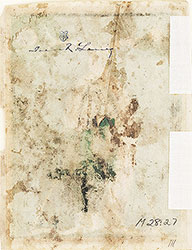 (1499). Miniature from an alchemical manuscript. Retrieved from https://libwww.freelibrary.org/digital/item/4847