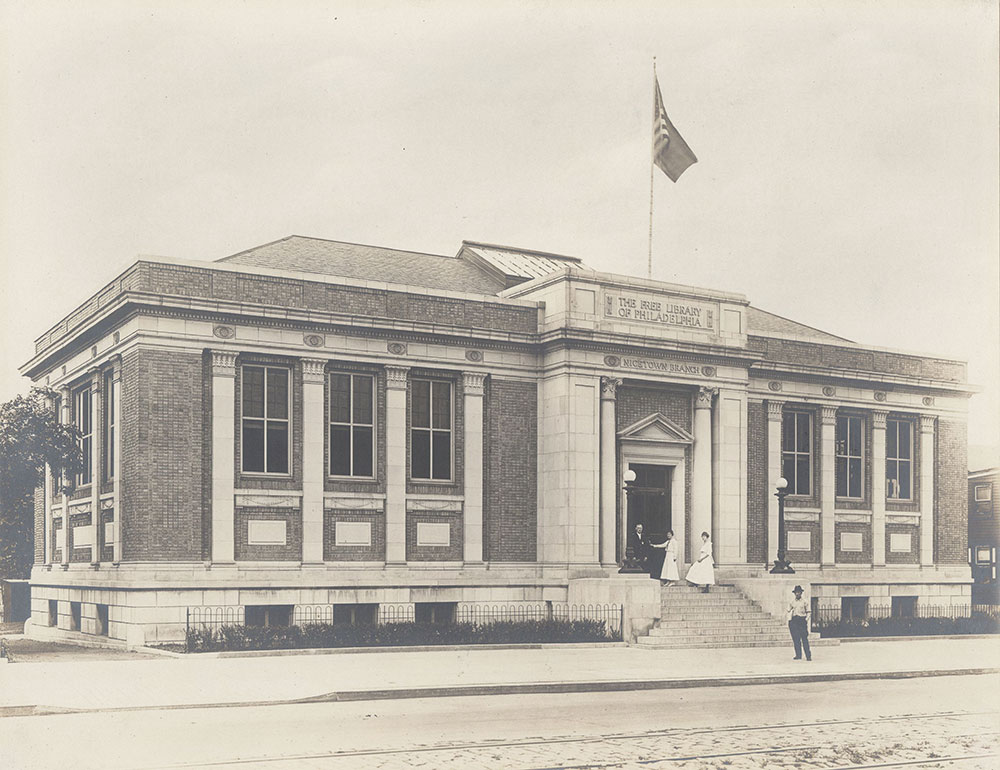 The Nicetown Branch opened in 1897, in the converted Pfund's Hall at 4015 Germantown Avenue. In 1917, the branch was relocated to a new building at 1715 Hunting Park Avenue, becoming the 20th Free Library branch funded by Andrew Carnegie.  The building, seen in this ca. 1919 exterior view, was designed by architect John Windrim.   It was a one-story brick-and-limestone structure, with a basement.

The branch relocated again in 1958, to a converted Linton's Restaurant, when it was renamed the Nicetown-Tioga Branch (and subsequently remodeled in 1961).