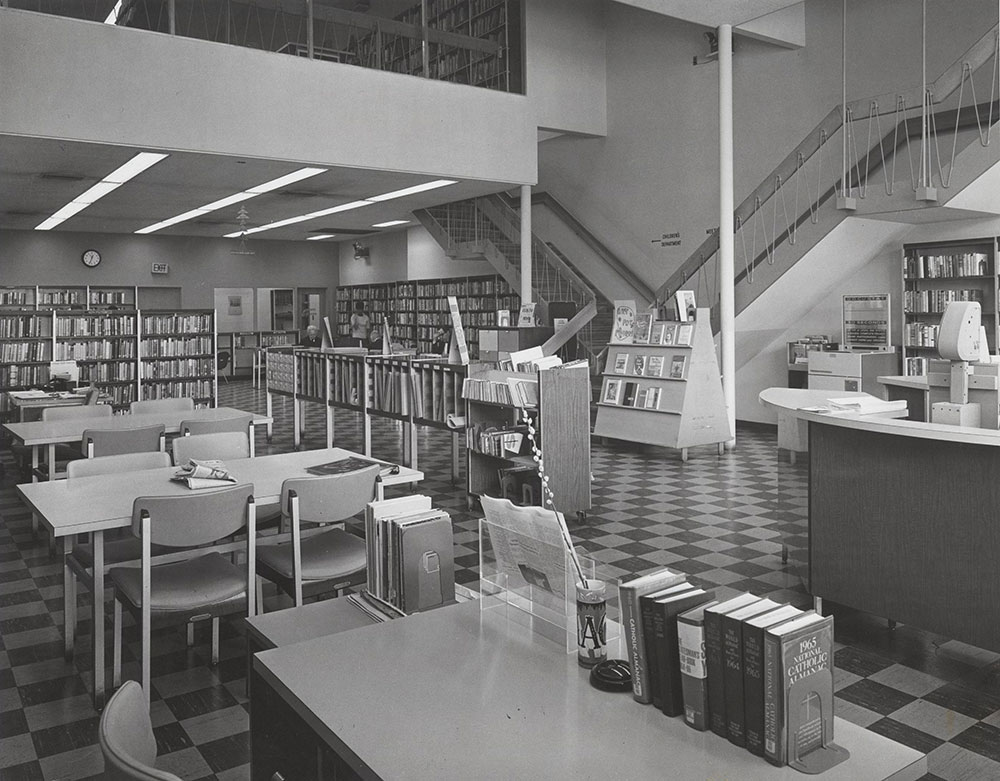 The Nicetown Branch opened in 1897, in the converted Pfund's Hall at 4015 Germantown Avenue. In 1917, the branch was relocated to a new Andrew Carnegie-funded building at 1715 Hunting Park Avenue.

The branch relocated once more in 1958, to a converted Linton's Restaurant at 3720 North Broad Street, at which time it was renamed the Nicetown-Tioga Branch.  In 1961, it was extensively remodeled and modernized, as seen in this 1966 photograph of the interior.