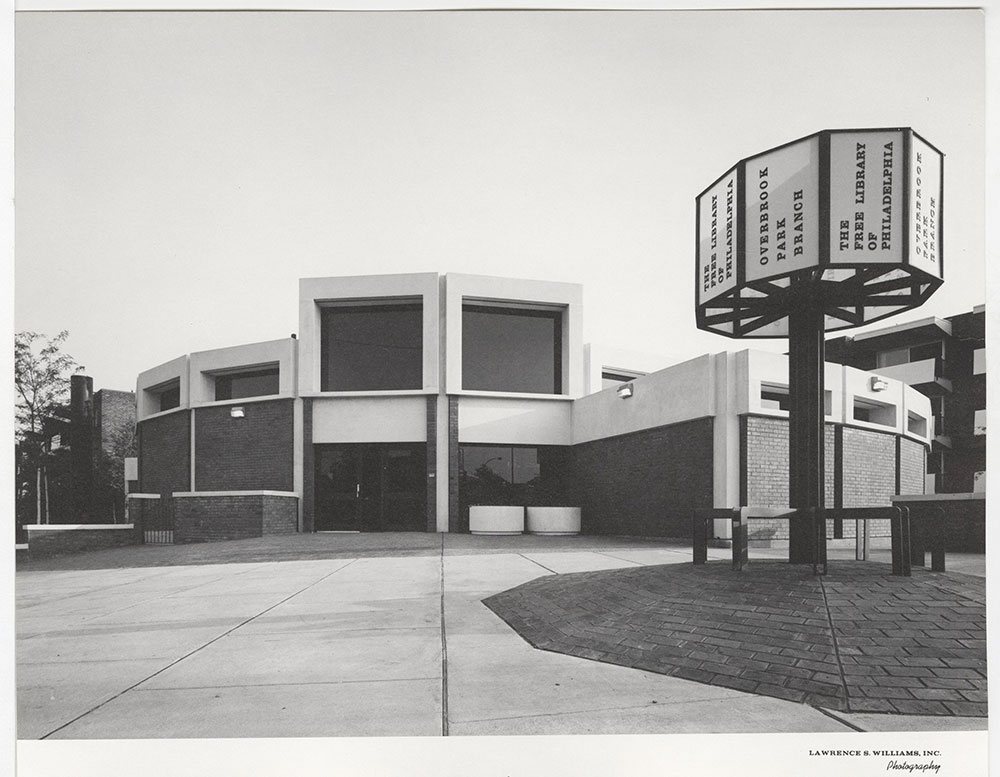 This 1972 exterior view was taken in October, just prior to the branch's opening. Note the unusual signpost for the library, mirroring the building's circular architecture.