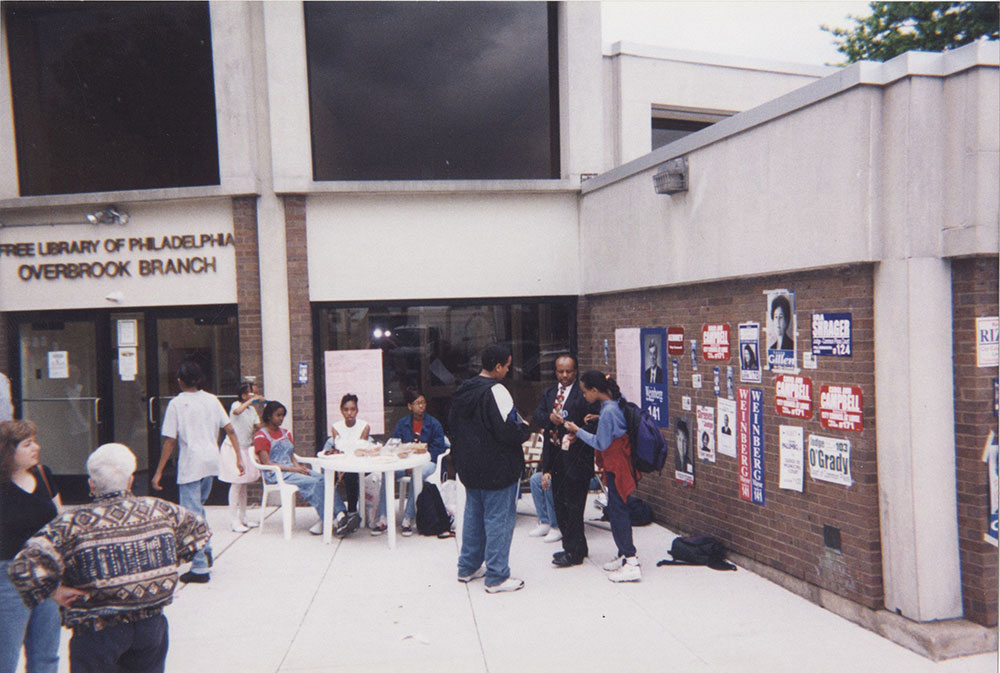 This exterior view shows the branch's forecourt, being used for a bake sale to benefit the library, on Election Day, 1999.  Also evident is the new signage over the entrance, which replaced the original circular signpost near the street corner.