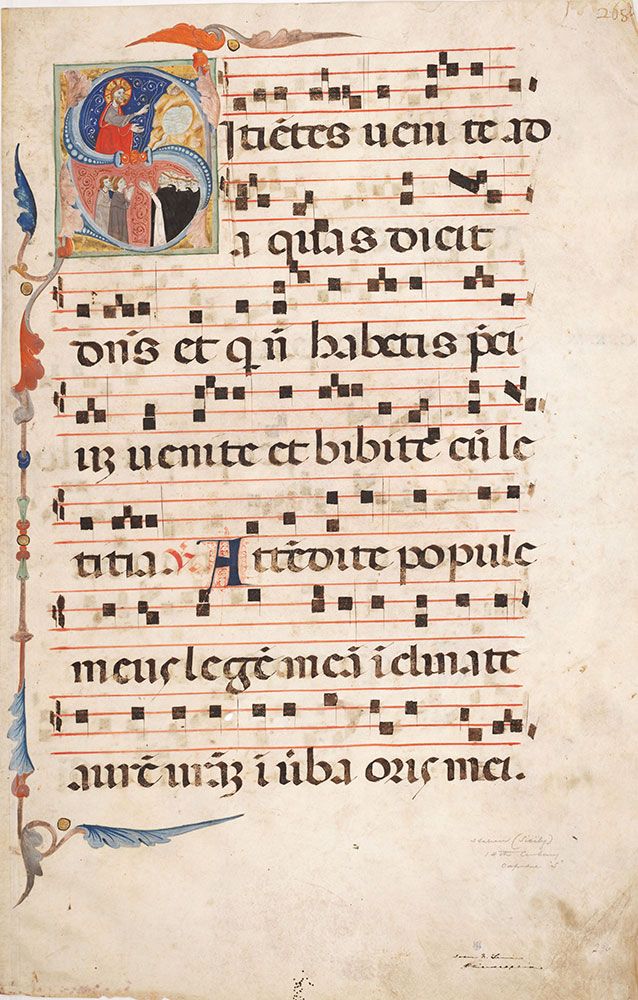 Item No: mcai730181
Additional Title: Gradual
Script: Rotunda
Language: Latin
Folio Number: front 73:18
Source: Rare Book Department
Notes: Initial S with Christ inviting Dominicans and the laity to drink from the waters
Notes: This initial begins the Introit for the fourth Saturday in Lent, "Sitientes venite ad aquas dicit dominus ..." (All you that thirst, come to the waters, says the Lord). The iconography of the scene within the initial derives from the first words of the Introit, which are taken from Isaiah 55:1. Christ beckons a group of Dominicans and two laymen towards the waters of a spring, which symbolizes Christ's promise of salvation. The appearance of the Dominican friars suggests that this choir book was intended for use in a Dominican convent. The two laymen may represent patrons responsible for giving the manuscript to the convent. 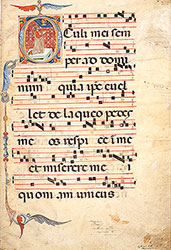 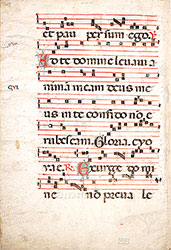 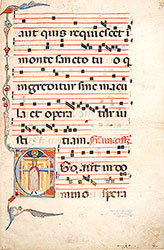 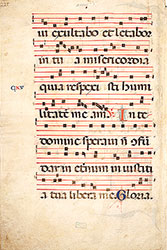 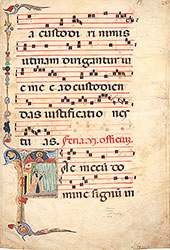 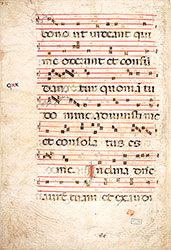 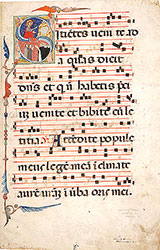 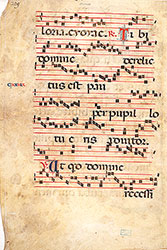 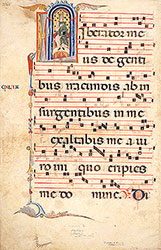 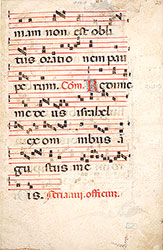 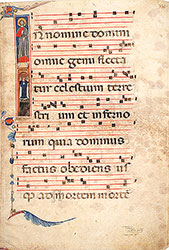 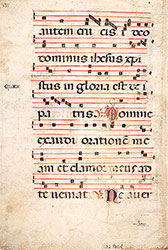