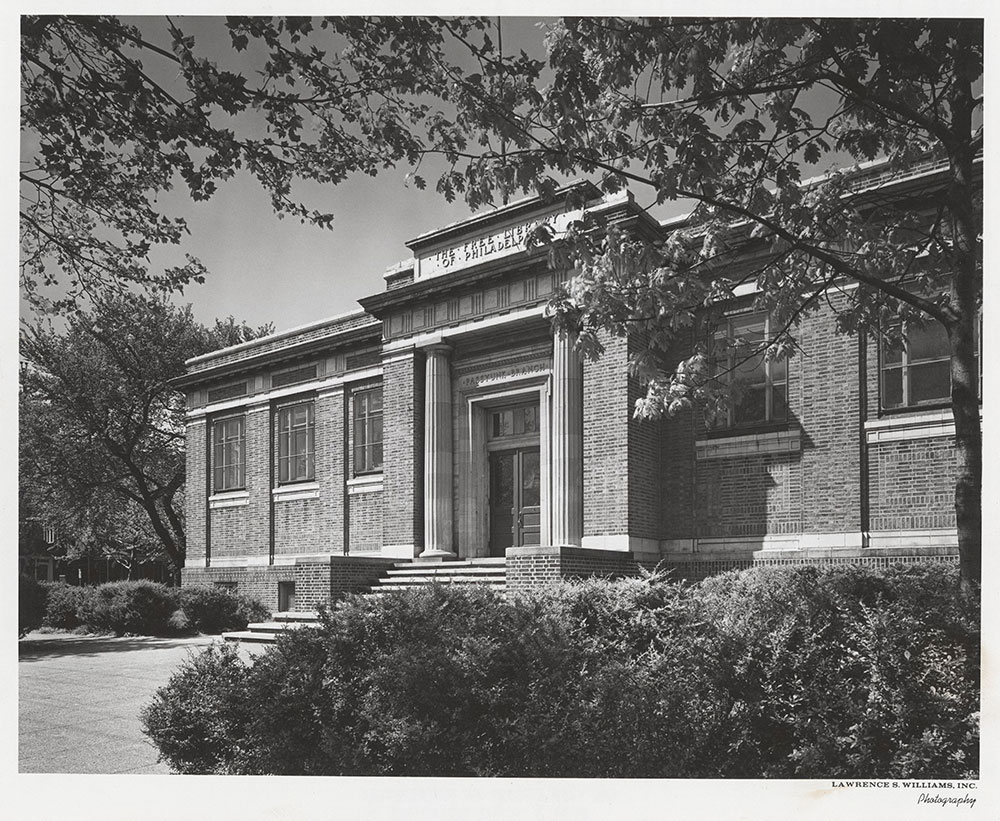 The Passyunk Branch opened on April 14, 1914, on a tract of land received from the estate of banker and philanthropist Stephen Girard. The building was the fifteenth of 25 libraries built with funds donated by philanthropist Andrew Carnegie. This 1966 exterior view shows the cleaned facade of the building, part of its 1962 rehabilitation.

In 2004, the Passyunk Branch was renamed the Thomas F. Donatucci, Sr. Branch, in honor of the South Philadelphia resident whose four-decade service to the community (1930s-1970) included chairman and leader of the 26th Ward.