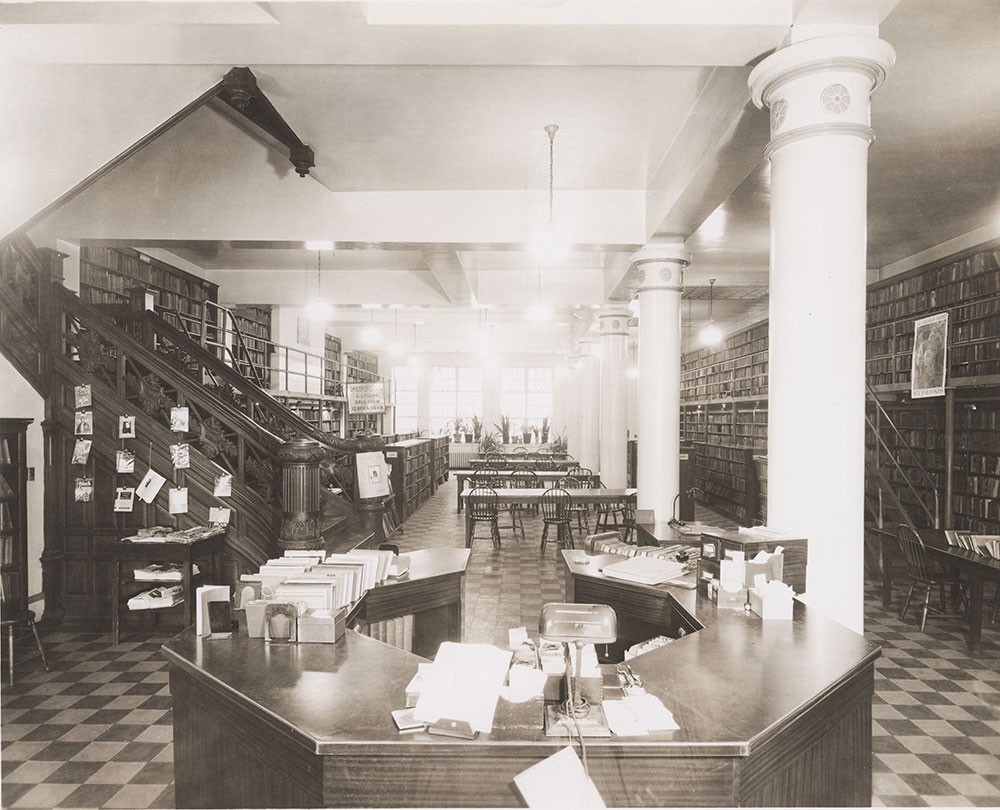 In 1944, the Institute joined the Free Library of Philadelphia as a branch, pictured in this image. This view, from the circulation desk to the back, shows the interior space converted for library use. The branch remained there until the building was demolished in 1955.