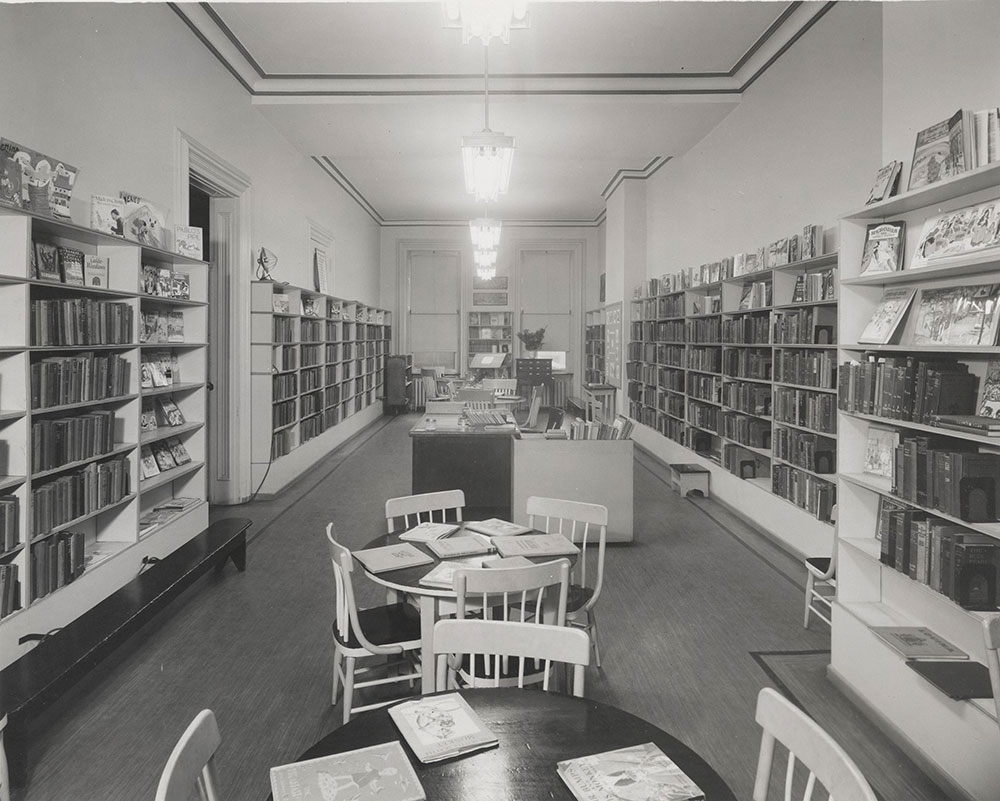 In 1944, the Institute joined the Free Library of Philadelphia as a branch. This view of the branch's children's room shows the interior space converted for library use. The branch remained there until the building was demolished in 1955.