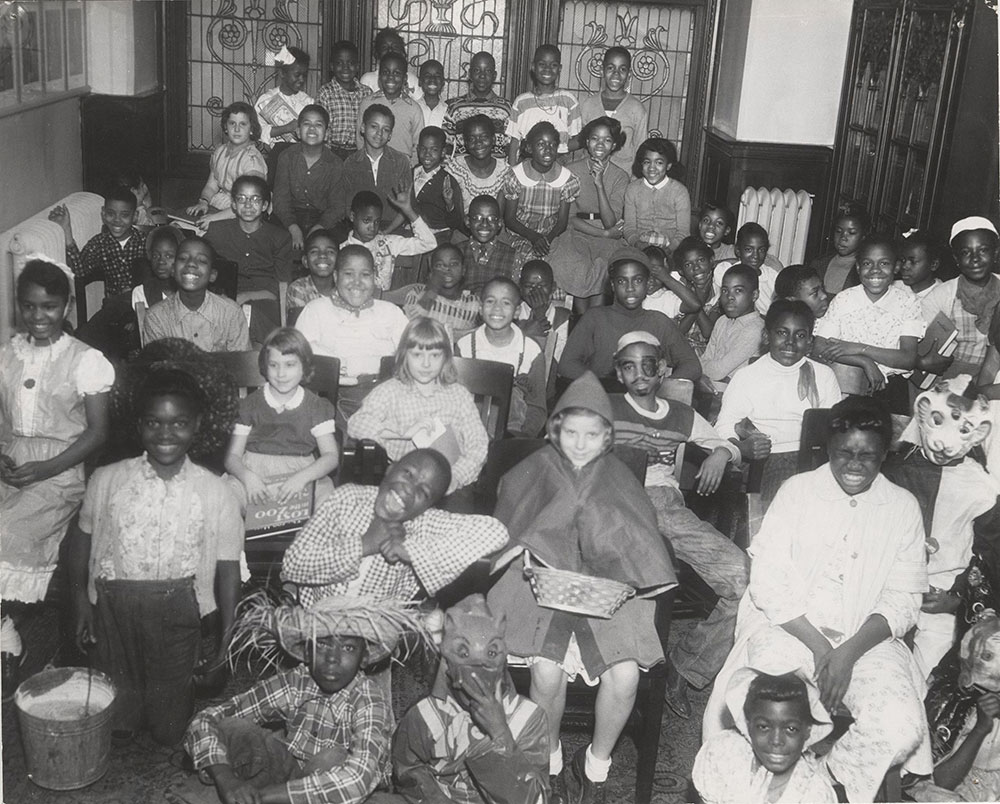 In 1944, the Institute joined the Free Library of Philadelphia as a branch. The branch remained there until the building was demolished in 1955. This image shows the Book Week Story Hour event in 1954, taking place in an upstairs room of the building.