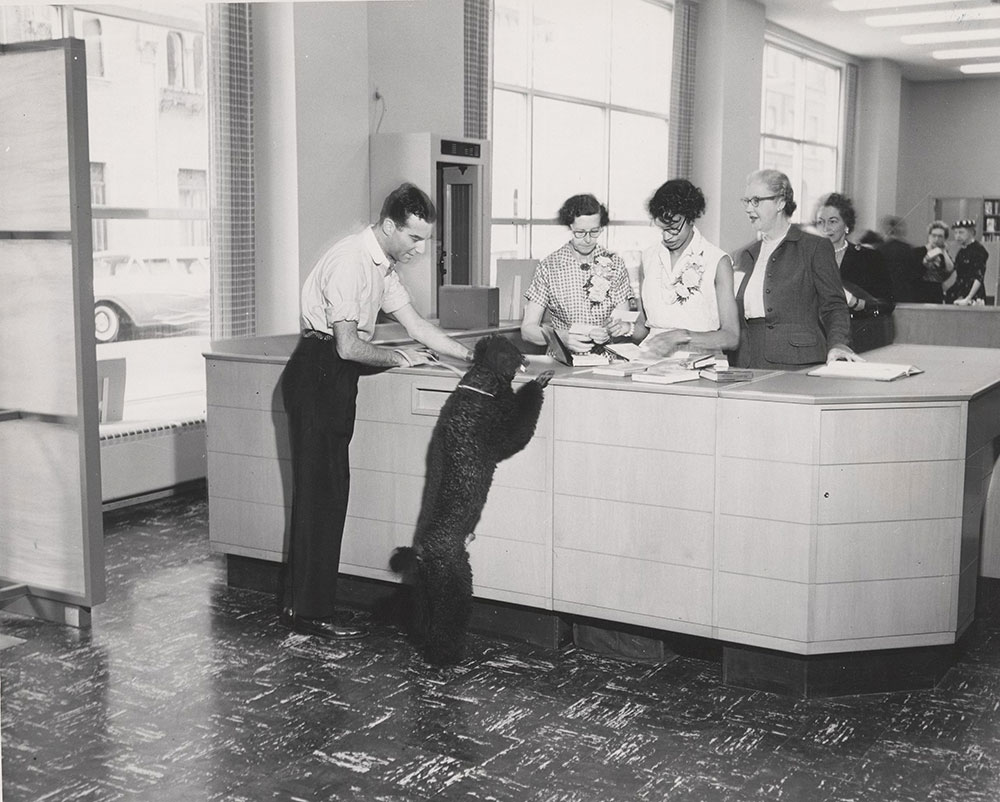 The Philadelphia City Institute opened its doors at 18th and Chestnut Streets in 1855, principally as a library and reading room for area youth. In 1923, the Institute moved to a former residence, the Craige Lippincott House, at 218 S. 19th Street (West Rittenhouse Square). In 1944, the Institute joined the Free Library of Philadelphia as a branch. The branch remained there until the building was demolished in 1955.

On May 11, 1957, PCI reopened in its present quarters, at approximately the same site, designed to be incorporated into the first floor and lower level of a newly-built high-rise apartment building. This 1957 interior view is of activity at the circulation desk.