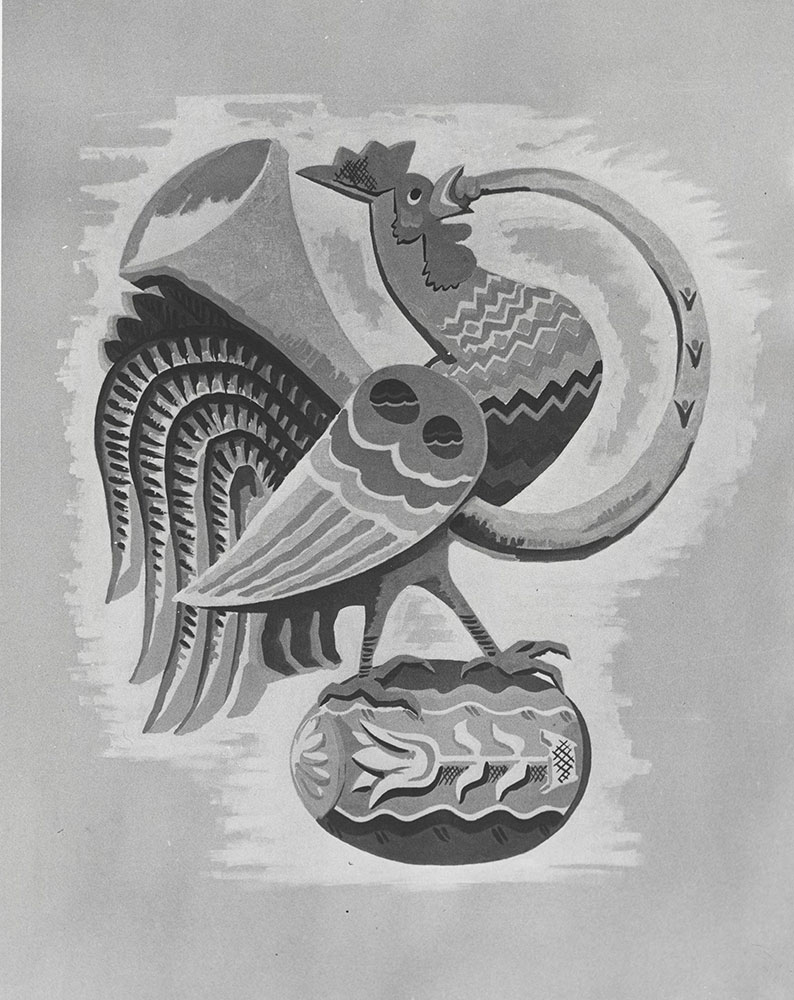 On May 11, 1957, PCI reopened in its present quarters, at approximately the same site, designed to be incorporated into the first floor and lower level of a newly-built high-rise apartment building. This image is a close-up of the mural titled "The Horn-Blowing Rooster," installed in 1957, facing the circulation desk. The artist is award-winning author and illustrator Katherine Milhous, local resident and PCI member.