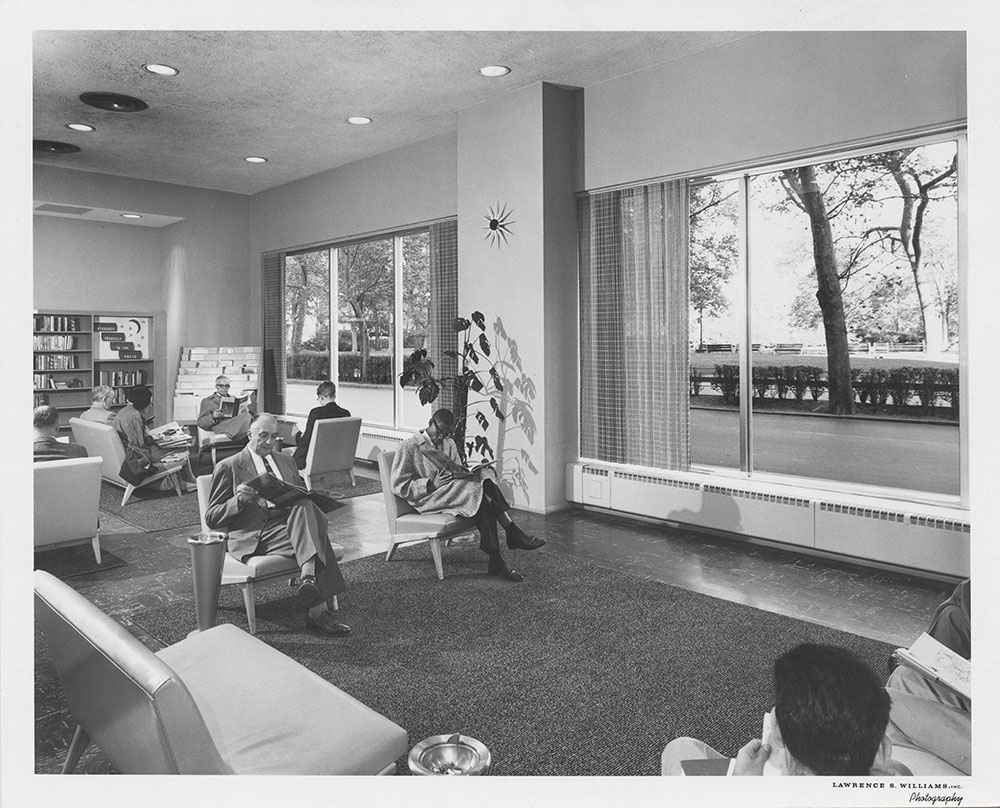 On May 11, 1957, PCI reopened in its present quarters, at approximately the same site, designed to be incorporated into the first floor and lower level of a newly-built high-rise apartment building. This 1966 interior view is of the adult lounge, looking out onto Rittenhouse Square.