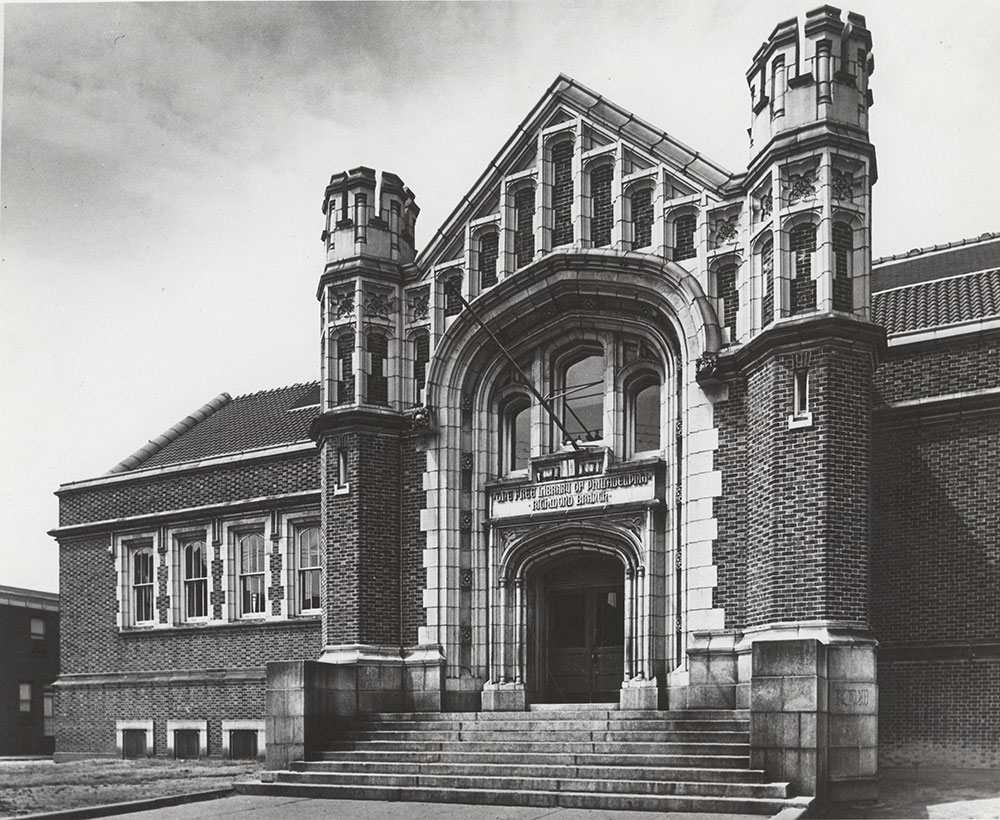 The Richmond Branch (originally called the Port Richmond Branch) first opened in 1897, as a “Travelling Library,” in a store at 2965 Richmond Street. In 1898, the library became an official Free Library branch, and was moved to the second floor of the nearby Mutual Hall Association.

The current location of the Richmond Branch opened in 1910, becoming the 11th Andrew Carnegie-funded branch of the Free Library. This 1966 view of the formal entrance (post-renovations) highlights its Gothic Revival details, including a pair of decorative octagonal turrets with crenellated tops, flanking a monumental terra cotta Tudor arch. The completed renovations of the branch's exterior included the removal of two cast-iron lamp posts in front of the turrets.