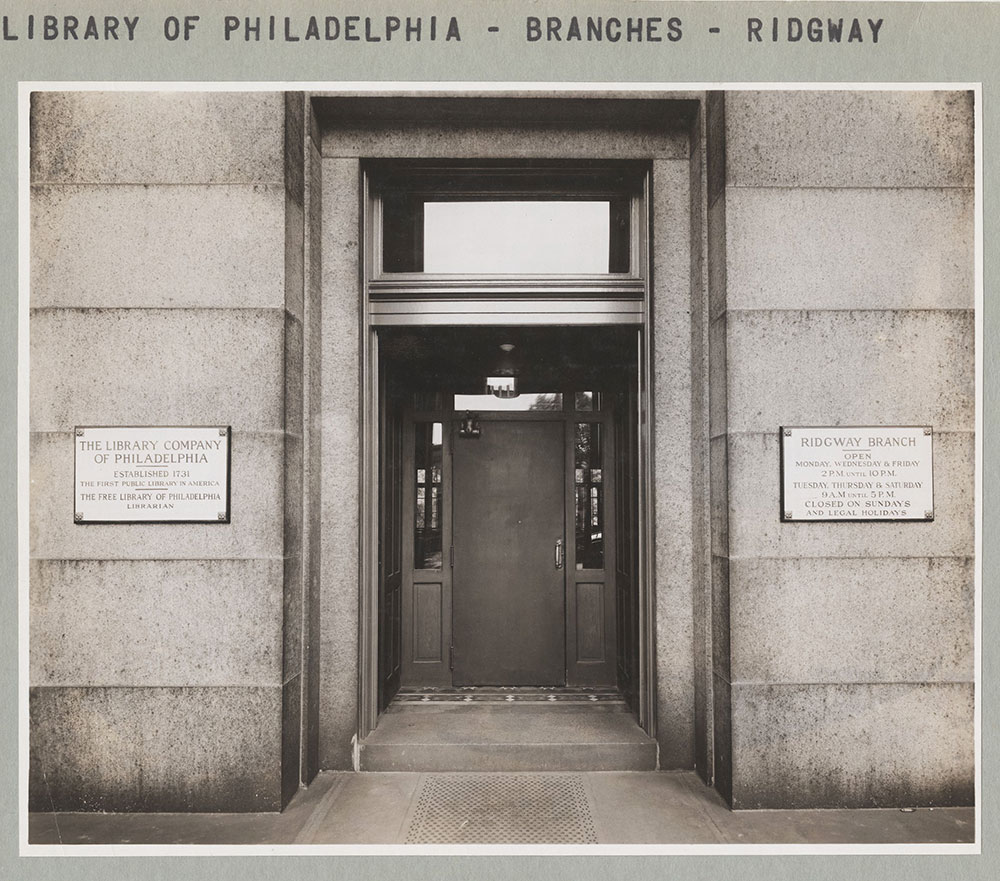 In 1944, due to financial and personnel shortages, the LCP invited the Free Library to open a branch there, resulting in the addition of professional staff and a modest circulating collection. This ca. 1944 view shows the dedicated entrance to the Free Library section inside the Ridgway building.