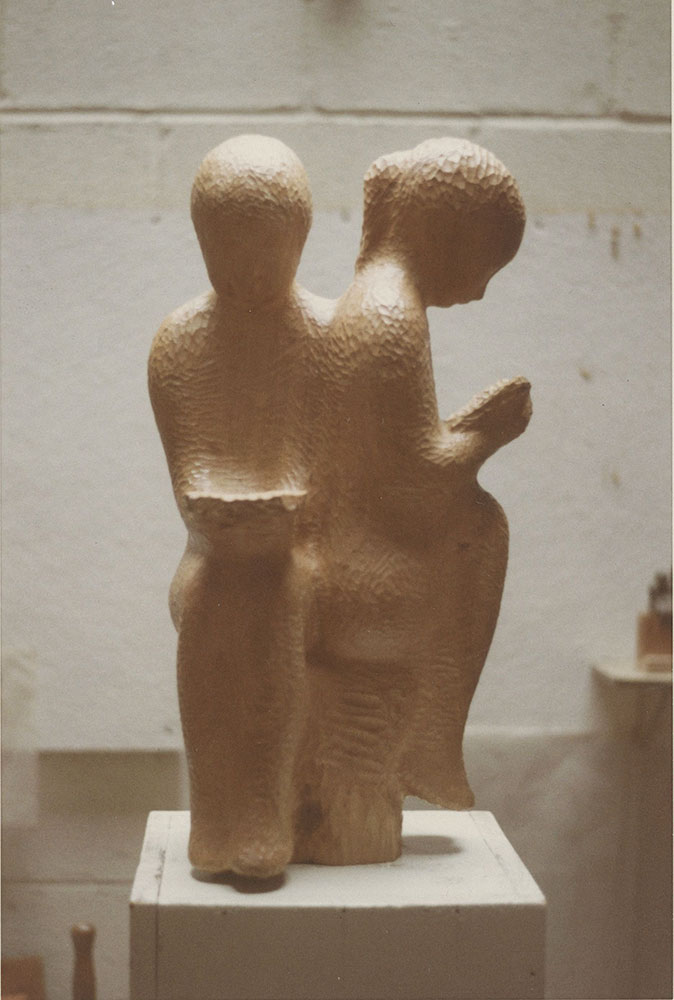 This wood sculpture, created by Evelyn Keyser, is titled “Words Unspoken Here.” It was originally installed in Ritner Children’s in 1970, and was moved to the Fumo Family Branch in 1999.

From 1965-1999, the Ritner Children’s Branch served the South Philadelphia community. In 1999, the branch’s space was incorporated into an adjoining community center as a multi-purpose room, and the new Fumo Family Branch replaced it, at a nearby location.