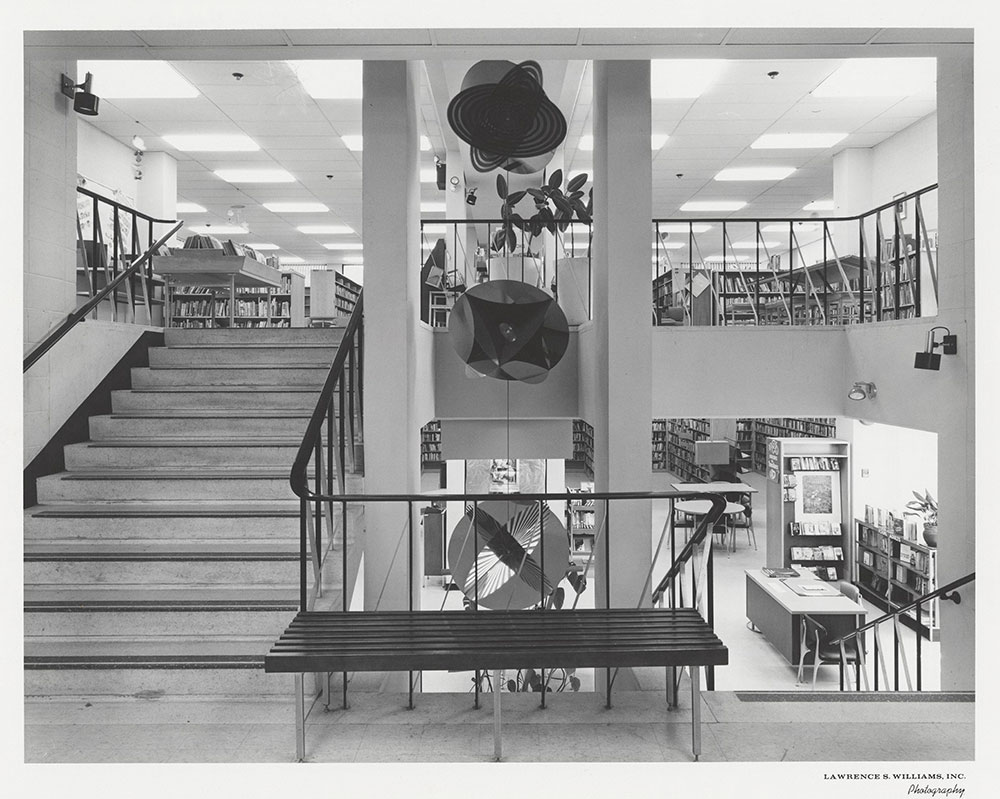 The Roxborough Branch opened as a Free Library branch in 1896, in the Roxborough Lyceum (built in the mid-1800s). In 1908, the branch closed, as two new Andrew Carnegie-funded branches opened in the nearby Manayunk and Wissahickon areas. Years later, it was decided to merge these two branches into a reestablished Roxborough Branch. In 1960, it reopened in a rented former A&P supermarket building.

In 1969, the branch moved two blocks north into a new building. This 1973 interior view highlights the large stainless steel mobile suspended between the building's two levels. Titled "Three Spheres," it was created by Edna Andrade for the library in 1968.

The Roxborough Branch serves the communities of Roxborough, Manayunk, and Wissahickon.