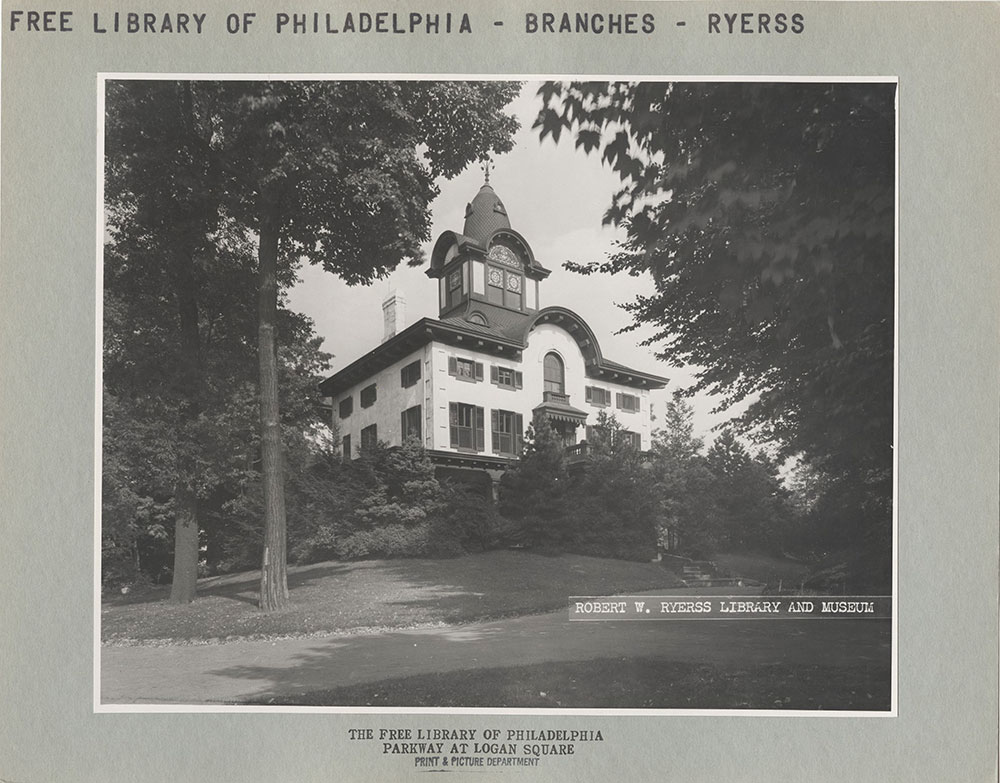 William W. Ryerss willed his Fox Chase estate, “Burholme,” to the City of Philadelphia, to become a park, a library, and a museum. In 1910, under the control of the Fairmount Park Commission, the Free Library was appointed Agent for the building’s operation. Two rooms on the second floor of the building became the Robert W. Ryerss Branch, while the ground floor housed a reading room and a collection of fine and decorative arts. The grounds of the estate became Burholme Park. This interior view of the museum section was taken ca. 1910.

The branch operated in the Free Library system until 1955. Since then, it has continued as an independent circulating library, and serves the Fox Chase/Burholme communities.