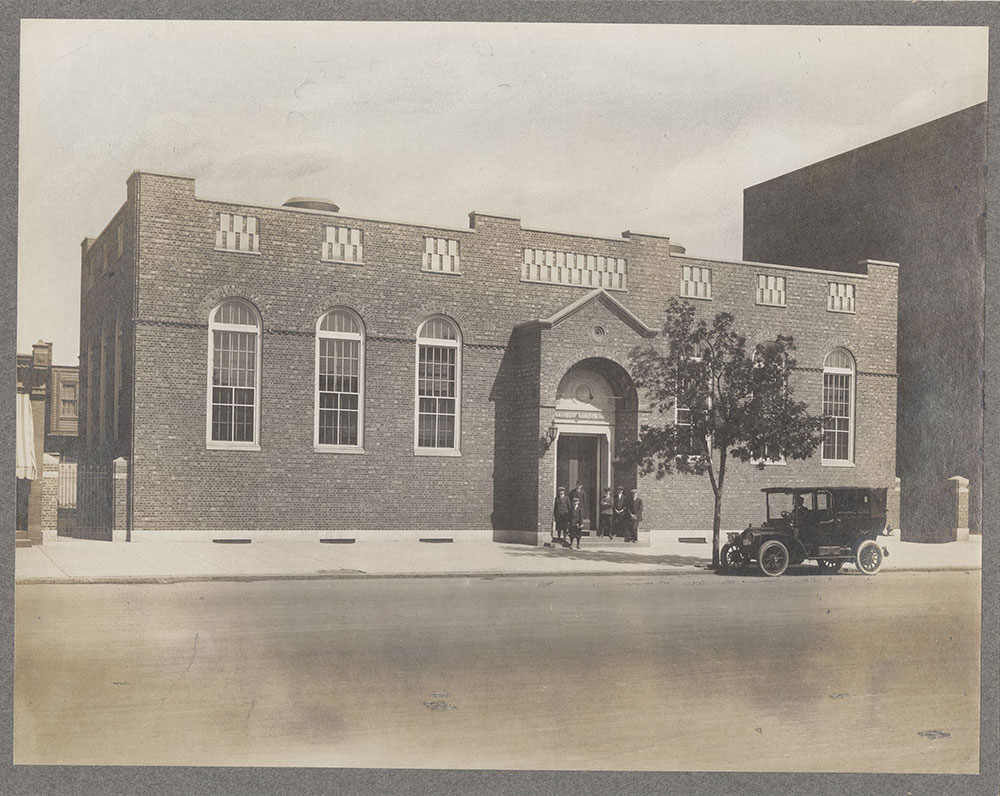 In 1914, the South Philadelphia Branch became the 16th branch of the Free Library to be built with funds donated by Andrew Carnegie. Designed by Charles Louis Borie, Jr., it is a brick and limestone building, in the Medieval Revival style, having one story at street level and a basement. This exterior view was taken in 1914.

In 1965, the branch relocated to a new building at Broad & Morris Streets, and the original building became the Ritner Children’s Library. In 1999, it was incorporated into an adjoining community center as a multi-purpose room.  As of 2010, this building has been part of the Philadelphia Performing Arts Charter School's east campus.