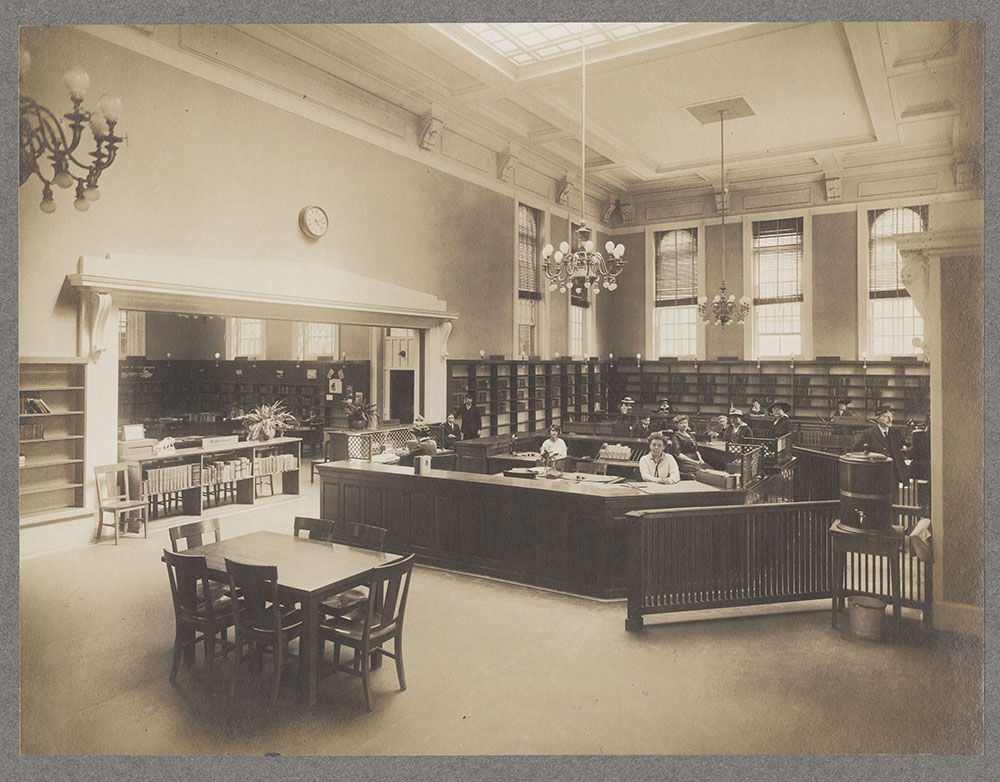 In 1914, the South Philadelphia Branch became the 16th branch of the Free Library to be built with funds donated by Andrew Carnegie. This 1914 interior view shows the main reading room and circulation desk. Through the archway is the children's section, which doubled as a lecture room that could seat 250 people. The basement originally consisted of a staff room, kitchen, classroom, magazine room, storage, and two toilets.