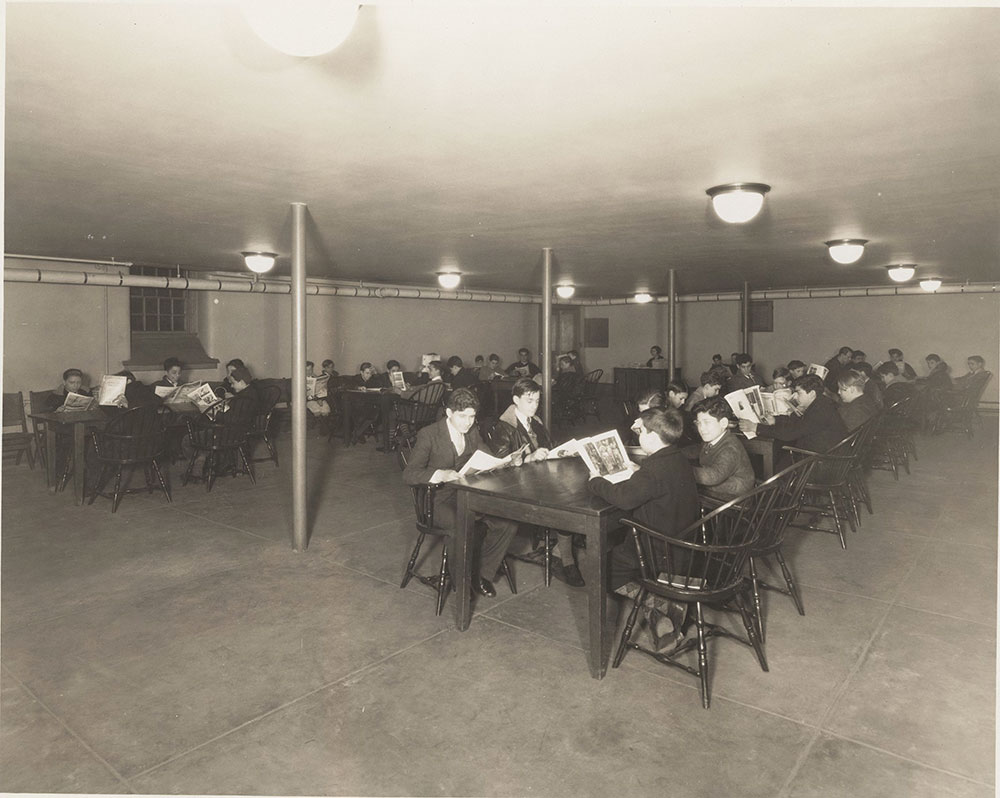 In 1914, the South Philadelphia Branch became the 16th branch of the Free Library to be built with funds donated by Andrew Carnegie. This ca. 1930s image is of a group of young library patrons in the basement supplementary reading area.